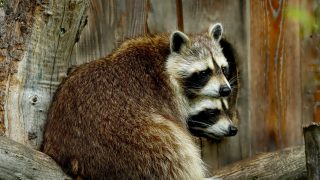 Each year, the Animal Legal Defense Fund provides resources to help its student chapters focus on a specific priority issue. The Student Chapter Program Guide contains an overview of the issue, the Animal Legal Defense Fund’s involvement, and suggested activities, such as film screening suggestions, a reading list, and suggested speakers. This year’s priority issue is Wild Animals and the Law.

Wild animals enjoy few legal protections under either state or local laws. At both the state and federal level, the key laws protecting wildlife are those governing when and where hunting is permitted. Some states have also begun to prosecute people who commit acts of cruelty against wild animals. A handful of other federal wildlife laws are in effect as well. These include the Endangered Species Act and the Migratory Bird Treaty Act. But these laws protect only a small number of animals, and even for those animals, the protections are not robust.

Wild animals experience pain and pleasure just the same as the dogs and cats who share our homes and enjoy far more expansive legal protections. Wild animals also play a key role in our environment and ecosystem. And they are affected by all facets of human behavior: where we build, and what we do on developed land.

Factory farming not only affects the lives of the 9 billion animals a year who are raised for food, but also the wild animals who drink from bodies of water and live on the land polluted by these agricultural activities. The Animal Legal Defense Fund is dedicated to pursuing better legal protection for wildlife.

Ending the Exploitation of Animals for their Fur

The Animal Legal Defense Fund can provide funding for Student Chapter activities. To help fund your event, your chapter can apply for a project grant.

Organize an information table on campus to raise awareness about issues relating to Wild Animals and the Law. We can provide free tabling materials that include newsletters, stickers, brochures (such as our Captive Animals & the Law brochure), posters, and event materials, such as a banner, tablecloth, and sign to help with your event.

Encourage your school to add a wildlife law course to the curriculum or start a reading group. The Animal Legal Defense Fund offers a free Wildlife Law Course Guide and grants to support classes.

Host a speaker, debate, panel, or even a symposium or conference on Wild Animals and the Law. You can request an Animal Legal Defense Fund attorney as a speaker for your event.

Join us for this year’s virtual and in-person Animal Legal Defense Fund Student Convention on November 4, 2022! You’ll have the opportunity to receive career advice from leaders in farmed animal protection law, learn from students presenting on the topic of farmed animals and natural disasters, and network with fellow students from across the country. Registration is free for law students.

You also won’t want to miss the Animal Law Conference on November 4-6, 2022! The event will be held in Portland, Oregon and available to attend online and is co-presented by the Animal Legal Defense Fund and the Center for Animal Law Studies at Lewis & Clark Law School.

Student chapters may apply for registration and travel grants to the Student Convention and the Animal Law Conference. Grants will be awarded on a first come, first served basis.

When planning a speaker panel or other event, we encourage you to look for opportunities to team up with other student groups. This will bring a wider audience to your event. Here are some groups and topics with cross-over potential:

Include news relating to Wild Animals and the Law or your events on this issue in your chapter newsletters or emails. Check out the Animal Legal Defense Fund’s press room for the latest updates on our cases and campaigns.

Organize your members to write letters and make follow-up phone calls regarding pending legislation. Do you know who represents you? Find out, then contact them about pending local, state, or federal legislation. The best ways to reach your representatives are (in order of effectiveness): meeting them in person (at their office or a town hall meeting), calling, sending a written letter or fax (try this free online service), sending an email, and contacting them on social media. Hold a call-a-thon event at your school to encourage students to call in favor or against a bill. Attend a legislative hearing, trial, or a local Humane Lobby Day to meet legislators and talk about animal law issues. Check city and state government websites to stay up to date on current legislation, view the list of federal and state bills we are working on, or contact us to see if there is pending legislation in your area. For more tips on how to effectively contact your lawmakers, see this article from For All Animals.

Help local wild animals by collecting donations for wildlife sanctuaries or rehabilitation centers. Plan a visit to volunteer or educate your members.

Screen videos related to Wild Animals and the Law. Screen documentaries or movies through Netflix, Hulu, Disney, and HBO websites using Teleparty, TwoSeven for other streaming services, or another online connection tool and host an online discussion via Zoom afterward. To ensure that you have the legal permissions to screen the film, for in-person screenings, check if your library has access to the movie or documentary and that it can be screened, or apply for a project grant to cover the cost of a screening fee.

Attend a live Animal Law Academy webinar or set up a viewing party for a prior one. Hold a discussion afterwards with your chapter.

Please use your best judgement based on local cases, regulations, and recommendations when deciding whether to hold an in-person event at this time due to the COVID-19 pandemic. If your chapter is not holding face-to-face events, or would like to make your events more accessible, check out the Student Chapter Program Guide: Organizing in the Digital Age for ideas about online events and projects for your chapter.