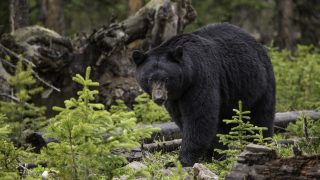 In 2003, after a 33-year hiatus, the New Jersey Fish and Game Council reauthorized the hunting of black bears. In the years since, the bear hunt has frequently been the subject of litigation, and has been halted by some governors and reinstated by others (and sometimes stopped and started again by the same governor during their term in office).

Governor Phil Murphy, who campaigned on a promise to end the state’s controversial bear hunt, issued an executive order in August 2018 prohibiting the hunting of bears on state lands. Some animal advocates criticized this as an inadequate compromise because the prohibition did not extend beyond state-owned property. Despite this, a coalition of pro-hunting groups mounted a legal challenge against the partial ban.

In November 2018, the Superior Court of New Jersey, Appellate Division, affirmed the order and denied the bid to reopen state lands to bear hunting. However, the court also remanded the case to the Office of Administrative Law for additional fact-finding to determine whether the closure is “arbitrary and capricious” and conflicts with the “scientific underpinnings” of the N.J. Division of Wildlife’s Comprehensive Black Bear Management Policy.

By most reports, about 40 percent of bears killed in past hunts have been on state-controlled lands. The governor’s order does not reduce the number of bears that can be killed, only where they can be killed.

A separate lawsuit brought by the Animal Protection League of New Jersey that challenges the state’s black bear management policy is currently pending in the appellate division. In addition, a bill dubbed “Pedals’ Law” — named for Pedals the bear, a beloved bear who walked on two feet, and who was allegedly killed by a hunter in 2016 — was reintroduced in the 2018 legislative session. Pedals’ Law would prohibit bear hunting in the state for five years and establish a non-lethal management program focused on reducing human-bear encounters.

According to the Lesniak Institute, founded by the sponsor of Pedals’ Law, then-Senator Raymond Lesniak:

This legislation will enact community-wide mandates in bear country regarding proper waste disposal to promote a safe and happy relationship between bears and humans… This is the most effective and moral approach to living with bears rather than having bear hunts to make up for the lack of common sense laws and human behavior.

This is unlikely to be the end of laws and lawsuits relating to bear hunting in New Jersey. According to the New York Times: “It’s an issue that has bedeviled New Jersey governors for decades… The question: How should the most densely populated state in the country manage bear-human relations?”