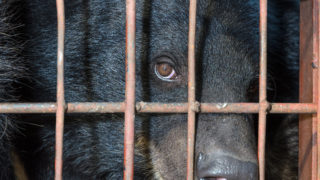 WASHINGTON, D.C. — Today, the Animal Legal Defense Fund, the nation’s preeminent legal advocacy organization for animals, announced that the U.S. Department of Agriculture (USDA) has cancelled notorious wildlife exhibitor and trafficker Robert Sawmiller’s license to engage in exhibition, breeding and selling activities regulated by the Animal Welfare Act (AWA) following the organization’s lawsuit against the agency for initially renewing the license. The Animal Legal Defense Fund had previously presented the USDA with “smoking gun” evidence of Sawmiller’s chronic AWA violations, which have led to numerous animal deaths in his possession. Sawmiller has conducted business under the name Wildlife on Wheels — a traveling menagerie — while housing the animals in at least two facilities in Ohio and Indiana.

“The evidence clearly proves Robert Sawmiller should not be in possession of animals through an Animal Welfare Act license, due to his long history of violations,” says Animal Legal Defense Fund Executive Director Stephen Wells. “We will continue to hold the USDA accountable and to ensure its requirements are enforced where we find the agency wrongly rubberstamps the renewal of an undeserving license without appropriate vetting.”

The AWA requires animal exhibitors and dealers to demonstrate compliance with the Act before the USDA issues a license. As part of the AWA license renewal process, Sawmiller is required to submit a timely application that certifies his operation is in compliance with the regulations and standards of the AWA. In 2020, Sawmiller failed to submit his application on time — which should have led to automatic license termination — but the USDA erred in renewing the license. When the USDA rubberstamped its approval of Sawmiller’s renewal application, the agency ignored its own records — as well as records submitted by the Animal Legal Defense Fund — of Sawmiller’s persistent violations of the AWA protections.

Since as early as 2010, Sawmiller has received multiple non-compliance reports and official warnings from the USDA. His inspection immediately prior to the 2020 license renewal decision at issue in this case resulted in nineteen total non-compliances with AWA regulations, 11 of which were repeat and three “direct.” Direct non-compliances, which “adversely affect the health and well-being of the animal,” are the most serious violations a USDA inspector can report. After renewing the license, the USDA inspected Sawmiller again on February 1, 2021, and found multiple “direct” violations, including that an “inadequately insulated shelter has led to a state of unrelieved suffering” for a brown bear cub in “poor body condition.”

This year, before the USDA cancelled Sawmiller’s license in August, the agency confiscated five Grizzly bears, two black bears, and one mountain lion. The Animal Legal Defense Fund believes some of the Grizzly bears are those missing from Cricket Hollow Zoo during a court ordered seizure of animals in December 2019 resulting from another lawsuit filed by the organization. The bears and mountain lion were transferred to The Wild Animal Sanctuary to live out their lives in a safe environment that is responsive of their needs.