Animals are considered property under the law, which limits their protections. 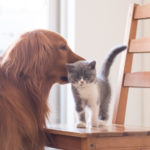 The past 100 years have seen startling changes in our laws that might have once seemed revolutionary, proving the necessary adaptability of our legal system to changing needs and information. For example, as we learned about the threats posed to all life by chemical and sewage dumped in our air and waterways, an entire new field of law, environmental law, was created to regulate the threat and to protect lives.

Nevertheless, despite the groundbreaking leaps forward in our understanding of the intelligence and rich emotional and social lives of nonhuman animals, animals are still defined within the United States legal system as property — more akin to inanimate objects than living beings. This status significantly limits their legal protections from cruelty and neglect. This is why the Animal Legal Defense Fund is working to elevate animals’ legal status beyond mere property.

The core purpose of our system of laws is to protect the vulnerable from exploitation and to ensure fairness. Animals deserve a legal status that reflects the kinds of beings they are — individuals with their own desires and lives, who have the capacity for pain and pleasure, joy and sorrow, fear and contentment.

Yet, the property designation puts living, feeling beings in the same legal category as “things,” such as a chair. While there has been an increase in legislation and court decisions that distinguish animals from inanimate property, these improvements have not gone far enough.

The Animal Legal Defense Fund envisions a legal system that protects animals’ right to flourish in their own ecological communities[1] and to live their lives according to their emotional and physical capacities. This includes the right to be free from cruelty and exploitation. Property status is a major hurdle in fully achieving these rights.

Given the realities of our current legal system, the Animal Legal Defense Fund uses a multi-faceted approach to achieve stronger protections for animals that is both grounded in the present legal framework and seeks to help it evolve. While we work to achieve a status for animals that is beyond mere property, we also work within the property paradigm where we can to make meaningful improvements in animals’ lives today. 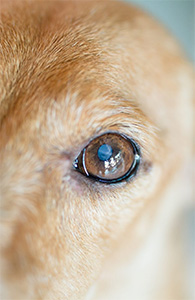 Our legal system still considers animals to be “property,” in many ways not much different from a table or a chair. But, there are some ways that the law does recognize animals as the living, feeling beings that they are.

Animals are living, feeling beings who need and deserve a legal status that reflects who they are: creatures with the capacity for pain and pleasure, joy and sorrow, fear and contentment.

Our current legal system differentiates between property (or “things”) and legal personhood. Therefore, one way to elevate the status of animals under the law is for them to be recognized as legal persons. Despite wording that can be confusing, “personhood” in the legal context is not limited to human beings.

There are already non-human persons under the law. For example, corporations and ships are defined as persons for limited legal purposes. There is also a growing “environmental personhood” movement in which entities of nature, such as rivers, have been granted legal personhood to provide a means of protection from exploitation.[2] In a couple of rulings outside the U.S., individual great apes have been declared persons in a limited context.

Legal personhood is not a “one size fits all” designation and does not necessarily convey all the legal rights granted to human persons under the law. Rather, it simply elevates an entity’s status under the law and confers legally recognizable interests, which are specific to the needs and nature of that entity. So, for example, recognizing a dog as a legal person would not give her the right to vote. However, it might give her the right to not be used in a painful experiment or the right to have a court appoint a guardian to protect her legal rights.

Nonhuman animals are not the only living beings that historically have been characterized as property under the law. Slaves, women, and children were all at one time defined as property. As society progressed, these groups were reclassified from legal things to legal persons. 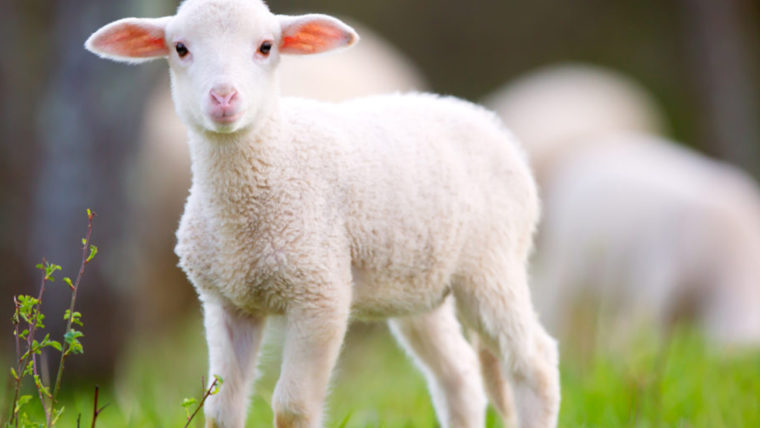 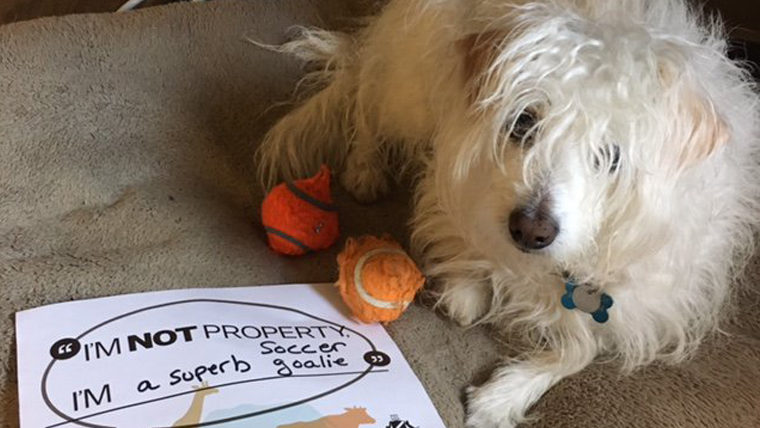 Most Americans consider animals to be members of their family—and even best friends. So why do our laws still classify animals as property? The Animal Legal Defense Fund is in the courtroom every day, fighting for the legal system to recognize that animals are more than property. But we need your help.

Legal Status as a Continuum 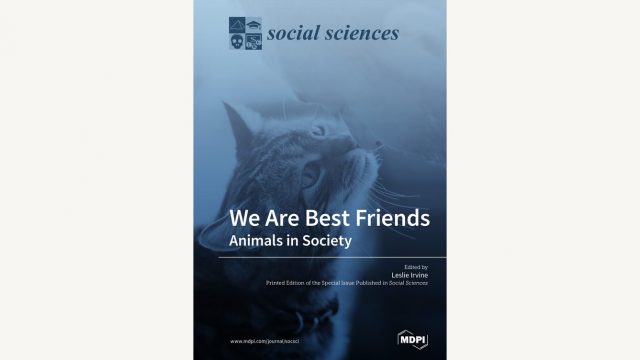 Chattel or Child: The Liminal Status of Companion Animals in Society and Law

Animals can have a hybrid status where they are recognized as both property and persons under the law. However, as long as they are still classified as property they will not be “full persons” – one end of the property/personhood continuum that grants the strongest legal recognition of interests. Because “animals” are a diverse group, with varied capacities, and different societal uses, legal personhood would look different for different species of animals, based on what they need to thrive.

Sometimes More than Property: Distinctions and Evolution in the Law

Although classified as property, the legal system treats animals distinctly in some cases. For example, unlike all other forms of property, animals are protected by criminal cruelty laws. As of 2017, animals can be the beneficiaries of legally enforceable trusts in all 50 states, and a majority of states allow them to be included in domestic violence protection orders.

Similarly, some courts have held that non-economic damages are available when people suffer emotional harm as a result of tortious misconduct aimed at their animal companion. And federal and state laws have evolved over the past decade to address the needs of those with companion animals during natural disasters and emergency evacuations.

Recently, some states have enacted legislation requiring courts to consider the interests of companion animals in divorce and dissolution proceedings, in contrast to the strict property analysis that has long been the standard in determining ownership (or custody) of an animal. The traditional property analysis treats companion animals like furniture or other material assets to be equitably divided, but these new laws mention the “well-being” or “care” of the animal, thereby recognizing that animals have interests of their own that should be considered.

Additionally, some state legislatures have addressed animal sentience. For example, as a result of legislation that the Animal Legal Defense Fund helped draft and pass in 2013, Oregon law recognizes that “animals are sentient beings capable of experiencing pain, stress and fear.” Importantly, it also states that “animals should be cared for in ways that minimize pain, stress, fear and suffering.”

Another promising development is that animals are increasingly achieving crime victim status, particularly as it relates to which victims “count” at sentencing. Both federal and state courts have recognized that each individual animal who suffered as a result of a crime is a crime victim for sentencing purposes. In one state, Connecticut, special advocates can speak directly on behalf of animal victims throughout the entirety of a criminal animal cruelty case, and more  states are currently considering enacting this Courtroom Animal Advocate Program model.

However, most animals do not yet enjoy these additional protections, which thus far are mostly reserved for those animals whom we define as companions, i.e. “pets.” 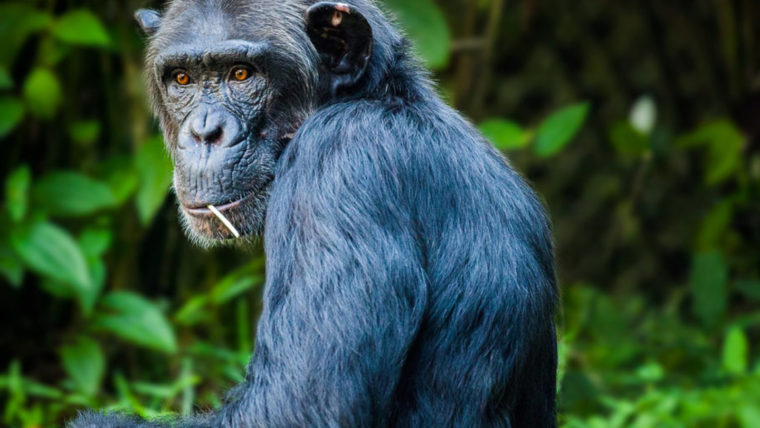 Animal law is the combination of statutory and case law that relates to or has an impact on nonhuman animals. It encompasses companion animals and wildlife and animals used in entertainment, research and ones raised for food.

Online Resources for Prosecutors and Enforcement 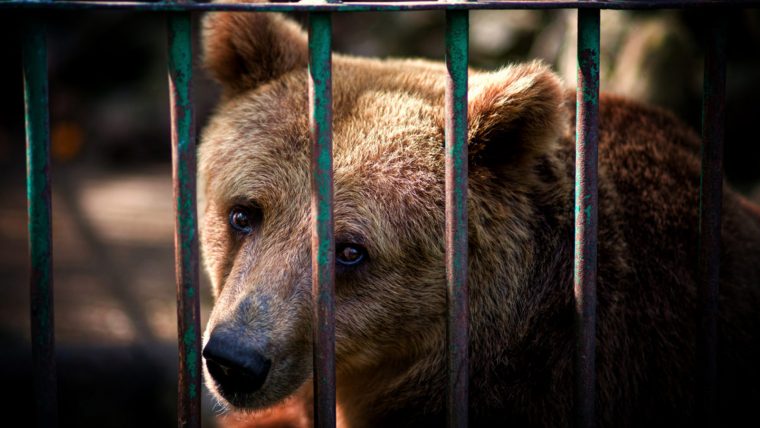 The Animal Legal Defense Fund is fighting to expand the boundaries of the law toward greater recognition that animals are more than mere property and deserve a legal status that reflects their nature as living, feeling beings. The general classification of animals as property permeates the legal system and public consciousness and affects every type of animal. We therefore use a multifaceted approach, fighting on many fronts in which the interests and well-being of animals are at stake. We work to strengthen and improve legal protections for animals within the current legal property paradigm, while simultaneously advocating for a status that is more akin to legal personhood.

As we work toward a more just and inclusive world in which animals’ interests are recognized and respected under the law—and where they have a legal status beyond mere property—something everyone can do is educate others about issues pertaining to animals. The relationship between law and social change is complex, but increased public concern for animals can ultimately lead to significant changes in their legal status. As public sentiment increases for animals, our work in the courts and legislatures will become easier.