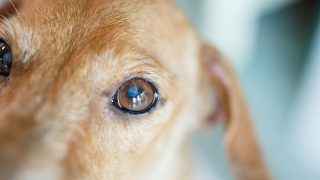 How Animals Differ from Other Types of “Property” Under the Law

Animals are living, feeling beings who need and deserve a legal status that reflects who they are: creatures with the capacity for pain and pleasure, joy and sorrow, fear and contentment.

But that’s not, by and large, how the law treats them. Our legal system still considers animals to be “property” — in many ways — not much different from a table or a chair, able to be bought and sold, bred and killed for the profit of their “owners” and in many ways without any consideration of their wants, needs, and sentience. 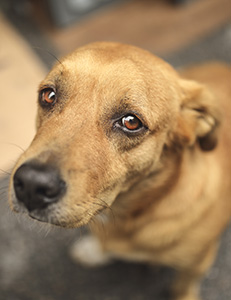 What happens if a dog is beaten to death, but prosecutors elect not to bring charges? Can the dog file a suit on her own behalf? Is there anyone else who is able to pursue justice under the criminal law system?

Sadly, the answer is no.

Animals generally do not have meaningful legal rights under current law. They are deprived these protections largely because by and large, the law considers animals to be property—or “legal things” — instead of “legal persons.”

However, there are some ways that the law does recognize animals as the living, feeling beings they are, with laws and regulations enacted for the sake of their physical and mental well-being. This is true in civil law and criminal law. These sorts of laws and regulations would not apply to “things,” only to “beings.”

Here are some of those ways:

Animal cruelty laws: Each of the 50 states now has a felony animal cruelty law on the books. Each state determines what constitutes cruelty, and the penalties for committing cruelty.

Animals as “crime victims”: Courts at both the federal and state level have found that animals can count as crime victims during the sentencing stage of animal cruelty cases — holding defendants accountable for each animal they abused, rather than taking the ‘abuse one, get the rest free’ approach that would follow if animal cruelty were treated like a property crime.

Can an Animal be a Crime Victim? 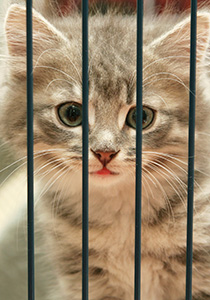 While it may seem like commonsense given how often we hear about animal cruelty crimes, the concept that animals can be crime victims is revolutionary within the legal system.

Intuitively we understand that animals are harmed by crimes like abuse and neglect. But the law, which still considers animals as mere “property,” has been slow to catch up.

Basic care laws: Laws requiring that people responsible for animals provide a basic level of care — such as food, water, shelter, and veterinary aid — can be found at every level of the United States’ legal system. This remains true whether the animal is that person’s legal property or not, protecting with just as much force cats in the home as dogs at day care, or wildlife being cared for by a wildlife rehabilitator.

While some of these laws are more broadly applicable than others, the notion that being responsible for an animal means taking on the legal obligation to meet the animal’s basic needs has become standard. Indeed, that these same laws typically contain carve-outs providing certain industries or practices with exemptions to the legal requirement just goes to prove that providing for the basic needs of animals has become the rule. Were that not the default, there would be no need for those statutory exceptions.

These laws only make sense as a means of addressing the basic well-being of animals as sentient creatures, rather than as unfeeling objects. If these laws were about protecting property, they would not require people to adequately care for animals they own. If these laws were focused on protecting animals as a biological resource, they would not ask what care each animal as an individual receives (resource protections generally focus on total impacts, not individual ones).

With basic care laws, the law recognizes animals as fundamentally different than objects or resources, or other types of “property” — their sentience sets them apart.

Anti-tethering laws: Anti-tethering laws limiting how long animals can be tied up or chained outside, especially in extreme weather, are growing in popularity. Nearly half of all states have laws limiting or regulating the conditions and/or length of time an animal can be tethered. In California, for example, it is illegal to keep a dog chained or tied up for more than three hours in any 24-hour period. Under Pennsylvania’s anti-tethering law, a dog cannot be restrained outside for more than 30 minutes when the temperature is higher than 90 degrees or below 32 degrees Fahrenheit.

Hot car laws: “Hot car laws” criminalize leaving an animal in a vehicle in extreme weather, and some hot car laws allow these animals to be rescued from vehicles in certain circumstances and make the rescuer immune from civil or criminal liability. These laws also apply to babies and children. They do not apply to other types of property like a pint of ice cream, or a vinyl record. 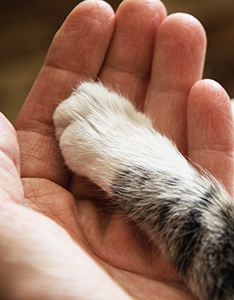 learn more about the link

Evacuations in natural disasters: The PETS Act is a federal law that was passed in 2006 shortly after Hurricane Katrina. In order for states, cities, and counties to receive federal funding for their disaster relief plans, those plans must “account for the needs of individuals with household pets and service animals before, during, and following a major disaster or emergency.” Since then, more than 30 states have amended their disaster relief plans to account for the needs of companion animals and service animals. There is no comparable law for cars, televisions, or other types of property.

Retail pet sale bans: California and Maryland are the first states to require pet stores to sell only cats, dogs, and rabbits sourced from animal shelters and rescue groups. Both states passed the so-called “retail pet sale bans” in 2018, with California’s going into effect in 2019 and Maryland’s in 2020. Hundreds of cities and counties have similar restrictions on the sale of commercially bred companion animals. These restrictions are intended to reduce animal suffering and save animals’ lives, by decreasing the commercial demand for animals bred in puppy and kitten mills — large-scale breeding facilities which are major suppliers of animals sold in retail stores — and increasing demand for animals from animal shelters and rescue organizations.

Of course while there are retail sale bans on all kinds of property — automatic weapons, illegal fireworks, and counterfeit products to name a few — in most cases this is to promote public safety, not because the “property” itself may be harmed or treated cruelly. This is unlike retail pet sale bans, which are intended to protect the animals themselves.

Post-conviction possession bans: After a person is convicted of animal cruelty, the court may prohibit the defendant from owning or possessing any animal for a period of time. In many states, this prohibition is statutorily authorized, or even mandated. These laws are intended to protect the animals themselves; no other type of property is accorded this type of protection.

Courtroom animal advocate programs (CAAP): In 2016, Connecticut enacted the country’s first Courtroom Animal Advocate Program (CAAP) law allowing legal advocates to address the court on behalf of animal victims in cruelty and neglect cases. Desmond’s Law, as this law is known, is named in honor of a dog, Desmond, who was starved and severely abused before being strangled to death and gives animals a voice in the courtroom. This law marks animals as different from other types of property, which do not have legal advocates when they are harmed or destroyed.

Who Speaks for Animals in Court? 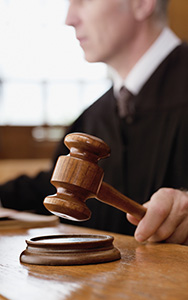 information from veterinarians, animal control officers, and law enforcement officials, and making recommendations on behalf of the animal victim’s interests.

“Pet custody” laws: In 2018, California became the third state to pass legislation providing guidance to courts regarding the interests, well-being, or care of companion animals in divorce proceedings. Alaska and Illinois passed similar legislation in 2016 and 2017, respectively. Traditionally, animals have been seen as nothing more than property in divorce proceedings, to be divvied up alongside the furniture, the cars, and the house, but legislatures and courts often now recognize the flaws with treating animals as mere property when their future well-being is at stake.

Trusts: Nearly every state recognizes enforceable trusts for nonhuman animals. Trusts are legal instruments that dedicate money for a specific cause — in this case, the care and well-being of an animal. Trusts for nonhuman animals thus allow a person to ensure that their beloved companion animals will have the resources necessary for their health and well-being even after their person dies. Other types of non-sentient property cannot be the beneficiaries of a trust in this manner.

Farmed animals: While farmed animals are often under-protected by state animal protection laws, a number of states have adopted measures to limit the use of “intensive confinement” farming practices. In 2018 California voters passed the Farm Animal Confinement Initiative, widely regarded as the strongest law of its kind. The ballot initiative outlaws the most extreme methods of confining farmed animals in California, and bans the sale of products produced in other states using these methods. The Animal Legal Defense Fund was part of the Prevent Cruelty California coalition that led the campaign in support of Farm Animal Confinement Initiative’s No other types of property are protected with this type of law.

Increased penalties: Some states have adopted laws that allow the penalties to be increased for animal crimes, in certain circumstances. In some cases, penalties are also ramped up in direct relation to the perpetrator causing the victim greater degrees of suffering — for example, the punishment for torturing a dog is generally higher than for kicking a dog.

The Animal Legal Defense Fund it working to expand this list — litigating, advocating, and educating to achieve progress in the law. We are working hard so that animals’ legal status matches what we as a society believe it should be, and what animals need and deserve.