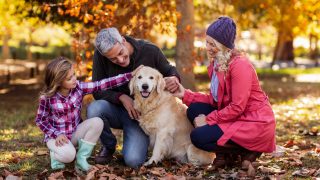 With the adoption of an amendment to its divorce law, Alaska has become the first state to empower judges to take into account the “well-being of the animal” in custody disputes involving nonhuman family members. The bipartisan HB 147, which was signed by Gov. Bill Walker in October 2016 and becomes effective Jan. 17, 2017, will be the first law in the nation to expressly require courts to address the interests of companion animals when deciding how to assign ownership in divorce and dissolution proceedings. It is also the first to explicitly allow joint ownership of a companion animal.

With the new amendments in HB 147, Alaska also becomes the 32nd state to allow companion animals to be included in domestic violence protective orders, and permits a court to order that the abuser pay financial support for a pet in the care of the human victim, if that abuser has a legal obligation to care for the pet.

While the amendments regarding domestic violence protection and costs of care are important steps forward for companion animals in Alaska, the provision requiring consideration of animals’ well-being when deciding their legal ownership is groundbreaking and unique. Even though judges throughout the US can already choose, in their discretion, to consider an animal’s best interests, no other state legislature has required judges to do so when adjudicating property distribution upon the dissolution of a marriage.

To those of us who share our lives with animals, it may seem obvious that their interests should be one of the factors under consideration in custody cases. However, because animals are classified as personal property under the law, this has not typically been the case. In fact, the word “custody” is a misnomer in these cases, which are legally about “property distribution.”

Although the increase in custody battles over companion animals demonstrates their evolving social importance as family members, courts typically resolve these disputes based on one criterion: the property status of the animal. In other words, which party is the more rightful “owner” under the law? This issue can get murky when a couple has been jointly caring for an animal for years and sharing veterinary expenses, food and other custodial costs (as well as intangible “costs” like time spent with the animal), despite who may have initially paid any fees in acquiring the animal.

In custody disputes involving companion animals, the Animal Legal Defense Fund has long advocated through our amicus (or “friend of the court”) briefs for judges to take into account the interests of the animal when determining custody (as with children). Although not generally mandated by legislatures to consider an animal’s well-being or treat the animal differently from other property that must be fairly divided after a breakup, a handful of cases have acknowledged that people have a special relationship with their companion animals that sets them apart from other types of property.

Alaska’s new law codifies the inconsistently applied acknowledgement that animals are fundamentally different from other forms of property. Rep. Liz Vasquez, the bill’s sponsor, said: “Pets are truly members of our families. We care for them as more than just property. As such, the courts should grant them more consideration. It’s only natural.”

As few laws exist that bring the interests of an individual animal before the court, Alaska’s new statute represents significant progress for animals in the legal system. It remains to be seen if other states will adopt similar legislation, but Alaska has taken an important step in recognizing our evolving social relationship with companion animals, and their value beyond mere property.