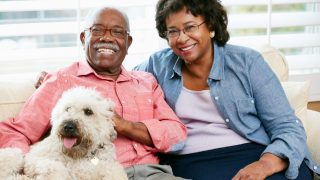 Illinois has become the second state to enact legislation requiring a court to take into consideration the “well-being” of a companion animal in determining custody in divorce and dissolution proceedings involving pets. Public Act 100-0422, effective Jan. 1, 2018, amends the Illinois Marriage and Dissolution of Marriage Act to empower courts to create joint responsibility agreements (similar to shared custody) in cases where a couple is fighting over custody of an animal. The new statutory language states:

Although a majority of people consider animals to be members of the family, the law classifies animals as property in all 50 states. For this reason, courts are not generally required to consider an animal’s well-being or treat the animal differently from other material assets, such as furniture or appliances, which must be fairly divided in a divorce. In fact, the word “custody” is a misnomer in these cases; in legal terms they are about “property distribution.”

However, with Illinois and Alaska having taken the important step of codifying a “well-being” standard for companion animals during custody disputes, the law is starting to catch up to changing societal norms. Even in states where they are not required to do so, judges have discretion to consider an animal’s well-being, and a growing number of courts have acknowledged that people have a special relationship with animals that sets them apart from other types of property.

The emerging “best interests” standard, in contrast to a strict property analysis, regards companion animals more like children or other dependents than unfeeling objects. While animals are not children, treating them like dependents is a better fit for their status in society than treating them as inanimate possessions.

For the last two decades, the Animal Legal Defense Fund has filed amicus (or “friend of the court”) briefs in custody cases asking courts to consider the “best interests” arguments that are beginning to be codified in the law. In those briefs, we did not favor either party in the dispute but argued that courts have the authority to treat animals more like dependents than property, and should do so:

“Courts routinely make custody decisions for children and other dependents after weighing evidence about which home will provide the best life for them. The determination is made by identifying and then evaluating the relevant factors in an effort to promote the individual’s physical and mental well-being to the greatest extent possible. Virtually identical concerns and principles are present in custody cases involving companion animals. Courts and legislatures recognize that companion animals merit special attention and care under the law. Prevailing legal authority gives this Court the power to consider [the animal’s] interests in this dispute, just as it would in a more traditional custody case.”

Attorneys working on a custody case involving an animal can request an amicus brief from the Animal Legal Defense Fund.

Illinois has gained a reputation as a national leader for its relatively strong animal protection laws. It was recently named no. 1 for the 10th year in a row in the Animal Legal Defense Fund’s U.S. Animal Protection Laws 2017 Rankings, an annual report that evaluates which states have the best and worst animal cruelty laws. Illinois State Senator Linda Holmes, who sponsored PA 100-0422, also sponsored the “Beagle Freedom Bill” last year, which requires the state’s public research institutions to have an adoption policy in place for dogs and cats used in testing, rather than putting them to death immediately when the research concludes. The bill was signed into law in August 2017.

In recent years, custody battles over animals have increased, reflecting the important role that animals play in people’s lives and families. By amending their divorce statutes, Illinois and Alaska set an example for the rest of the nation in acknowledging what seems like common sense but has not been consistently recognized in our legal system: that animals are thinking, feeling beings and therefore distinct from other forms of personal property.