Combating a cruel industry through litigation and legislative advocacy. 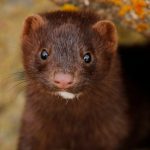 For decades, companies and designers have heeded animal advocates’ call to ban fur from store shelves, runways, and magazine pages due to the cruelty with which it is produced. While important victories have been achieved, the fur industry continues to abuse animals for their fur in countries around the world — including the U.S.

The Animal Legal Defense Fund is committed to protecting animals from exploitation for their fur through multiple channels, including litigation, legislation, and educating policymakers and members of the public.

Life and Death on a Fur Farm

It’s estimated that more than 100 million animals worldwide are exploited for their fur every year, the majority raised on “fur farms” where they spend their lives in inhumane conditions before being cruelly killed. Animals such as minks, foxes, rabbits, chinchillas, and raccoon dogs — a member of the canid family — are among those raised and killed for their fur.

Fur farms have much in common with factory farms where pigs, chickens, and other farmed animals are raised in industrial animal agriculture. In both cases, animals are kept in cramped, unsanitary conditions — and in both cases, the business of exploiting them is lucrative. Worldwide, fur sales total in the tens of billions of dollars.

On fur farms, animals are typically kept in small wire cages that drastically limit their movement and prevent them from engaging in the behaviors that come naturally to them. When they’re caged outdoors, they have little to no protection from weather extremes. When they’re caged indoors, ammonia from their waste fouls the air and can even burn their eyes and throats. Minks, the animals raised on fur farms in the greatest numbers, live largely solitary lives in the wild. Close, prolonged proximity to other minks — unavoidable on a fur farm — causes them significant discomfort. 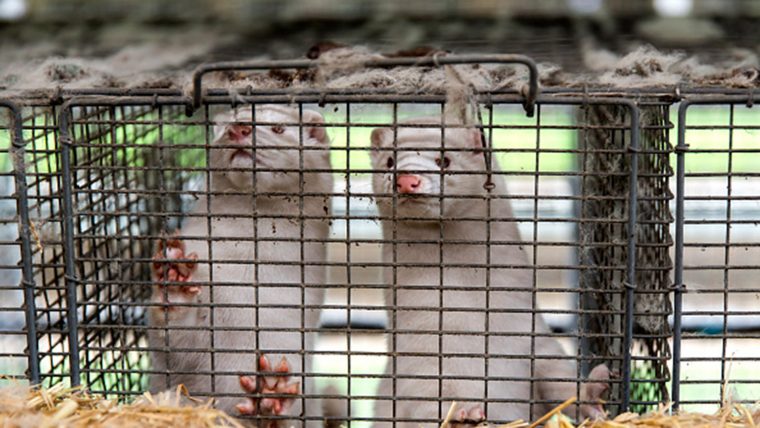 The inhumane conditions on fur farms cause the animals so much stress that they commonly engage in “stereotypic” behaviors, such as repetitive pacing and self-mutilation. When they are killed, the condition of their fur is prioritized over any humane considerations. As a result, they’re often killed using methods that cause significant suffering, including electrocution, poisoning, and gassing.

Multiple countries — including the United Kingdom, Norway, Croatia, and the Czech Republic — have already taken action to ban fur farming. Others have implemented bans on the farming of certain species for fur, such as minks in France. 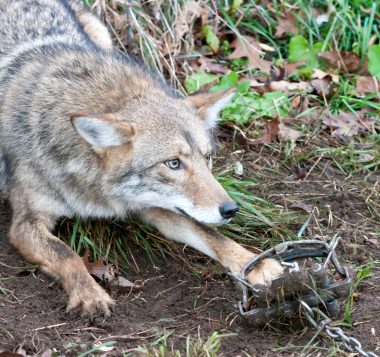 Trapping wild animals for their fur is a centuries-old practice that unfortunately still persists today. Animals including foxes, coyotes, beavers, bobcats, and raccoons are trapped or snared, causing pain, panic, and suffering that may last for hours or even days. In their panicked efforts to escape, some animals break teeth or bones, or even chew off their own limbs. Some die before the trapper returns; others are killed using cruel methods such as strangulation, adding to the trauma they experience. And traps and snares also harm unintended animal victims, such as Roxy, a dog who died after being caught in a snare in New Mexico.

As many as seven million wild animals are trapped and killed for their fur annually in the U.S. alone. Their fur is often sold abroad — including in countries which themselves prohibit the use of the cruel leghold traps that are commonly used in the U.S.

The Animal Legal Defense Fund supports legislation to protect animals from being cruelly trapped, including Roxy’s Law — a New Mexico law named for the canine snare victim and enacted in 2021, prohibiting the use of traps, snares, and poisons on public lands in the state — and the Refuge from Cruel Trapping Act, a federal bill that would prohibit the use of body-gripping traps in the National Wildlife Refuge System.

The Animal Legal Defense Fund supports local and statewide legislative efforts to ban the sale of fur. Such bans prohibit the sale of new fur items, excluding those that are used or secondhand. In 2011, West Hollywood became the first U.S. city to implement a fur sale ban, using language that local officials based on model legislation provided by the Animal Legal Defense Fund. The city of Berkeley followed suit, soon joined by San Francisco and Los Angeles. In 2019, a statewide ban was signed into law in California; it will go into effect in 2023. Several cities outside of California — including Wellesley, Massachusetts; Ann Arbor, Michigan; and Hallandale Beach, Florida — have also passed fur sale bans.

The Animal Legal Defense Fund supports statewide fur sale ban legislation in multiple U.S. states; see if yours is among them and learn how you can help pass a local fur sale ban where you live.

Fur sale bans help animals, but hurt the fur industry’s bottom line. It should come as no surprise, then, that industry interests have sought to have these bans struck down in court. A business that profited from fur sales filed a lawsuit challenging West Hollywood’s ban in 2014. The Animal Legal Defense Fund stood up for the ban and the animals it benefits, filing an amicus curiae brief in support of the city’s motion to dismiss the lawsuit.

More than a year after San Francisco’s fur sale ban went into effect, it too was challenged in court — this time by the International Fur Trade Federation. The Animal Legal Defense Fund successfully intervened in the lawsuit, assisting San Francisco officials in defending the ban’s constitutionality and standing up for the city’s right to ban the sale of this cruel product. The lawsuit was dismissed in 2020, and again in March 2021 after the industry group amended its challenge to try again. In early 2022, the International Fur Trade Federation agreed to the Ninth Circuit Court of Appeals’ dismissal of its appeal with prejudice, leaving San Francisco’s fur sale ban enforceable and clear from challenge.

Multiple countries, including the U.S., have reported cases of COVID-19 among minks being raised for fur. In Denmark, millions of farmed minks were killed after “public health authorities reported the detection of a mink-associated SARS-CoV-2 variant with a combination of mutations not previously observed,” the World Health Organization noted — making it clear that the fur industry is not only cruel to animals, but also presents a very real threat to human health.

COVID-19 is perhaps the best-known zoonotic disease — the type of disease that can spread between animals and humans — but it is far from the only one. The Centers for Disease Control and Prevention notes that approximately 75% of all new or emerging infectious diseases are zoonotic.

The Animal Legal Defense Fund has urged Congress to shut down mink farms — hundreds of which exist in the U.S., which combined kill nearly three million minks each year — to reduce pandemic risk and protect animals from cruelty. We’ve also created a series of educational reports and policy recommendations designed to help policymakers, as well as members of the public, understand and address the connection between animal exploitation and pandemic risk.

A problem as big as fur-industry cruelty must be approached from multiple angles — addressing both the supply and the demand for this inhumane product. You can make a difference by educating friends and family about the abuse inherent in the fur trade and supporting fur-free legislation at the local, state, and federal levels.