The vast majority of animals raised for fur, including minks, foxes, rabbits, and chinchillas, are confined to tiny, dirty cages — deprived of the ability to engage in any of their natural behaviors. Multiple cities in California, followed by the state in 2019, enacted fur sale bans with the goal of preventing animal cruelty and the negative environmental impacts associated with fur production.

In March 2021, The U.S. District Court for the Northern District of California dismissed a constitutional challenge to San Francisco’s ban on the sale of fur products after repeated attempts from The International Fur Trade Federation to amend their complaint. The International Fur Trade Federation filed its lawsuit against the City and County of San Francisco in January 2020. The Animal Legal Defense Fund and the Humane Society of the United States intervened in the lawsuit, to defend the ordinance’s constitutionality and preserve San Francisco’s right to ban fur.

Spearheaded by San Francisco Supervisor Katy Tang, the fur ban was unanimously approved by the San Francisco Board of Supervisors in 2018 and went into effect on Jan. 1, 2019 — while allowing retailers until the end of 2019 to sell off existing inventory. San Francisco’s ban built on the successes of West Hollywood and Berkeley passing similar legislation, and paved the way for Los Angeles and, finally, the state of California, to pass similar humane legislation in 2019. Given the wide array of faux fur products and similar alternatives available to the fashion industry, the San Francisco ordinance was aimed at preventing animal cruelty and environmental impacts associated with fur production by banning fur sales in the City.

More than a year after the ordinance took effect, the International Fur Trade Federation responded by filing a lawsuit which sought to strike it down as unconstitutional. The court disagreed, and issued a decision that reinforced its earlier finding that the Commerce Clause does not preclude San Francisco from ridding its marketplace of cruel fur products and allows for enforcement of the ban against both local retailers and online retailers who have a physical location in the city.

Animal fur — from animals like foxes, minks, raccoon dogs, and many others — is produced under inhumane conditions to maintain the integrity of the skin. Animals are kept in small, filthy cages — typically stacked on top of one another, with waste falling onto the occupant below. Unable to engage in any of their natural behaviors, animals on fur farms routinely resort to self-mutilation, obsessive pacing, and infanticide before being suffocated, gassed, poisoned, or electrocuted. In anal or vaginal electrocution, electrodes are attached to the animal’s face and genitals to induce a heart attack. Animals are commonly skinned alive with no painkillers while fully conscious.

Who is being sued, why, and under what law? The International Fur Trade Association sued the city and county of San Francisco claiming San Francisco’s ban on the sale of fur violated the U.S. Constitution’s Commerce Clause, by burdening interstate and foreign commerce in fur products.

What court is the lawsuit filed in? The United States District Court for the Northern District of California

Why this case is important:

The fur industry, both in the United States and throughout much of the world, has minimal legal oversight.  Animals exploited for their fur suffer intensely. After spending their entire lives in a cage, they are killed through suffocation, electrocution, gassing, or poisoning. Animals are commonly skinned alive with no painkillers while fully conscious.

Fur sale bans are a powerful way to reduce the demand for fur — ultimately decreasing the number of animals killed — and communicate to the larger community that fur is neither ethical nor sustainable. This victory is also important because it makes it clear that California and its municipalities have the authority to enact humane measures to curb the local market for cruelly-produced products. 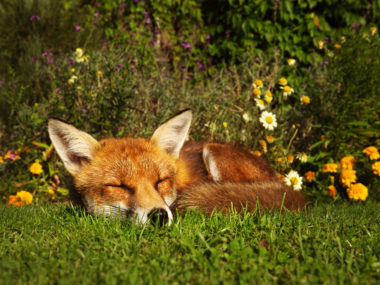 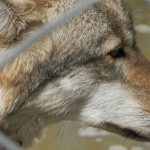 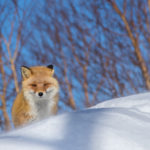