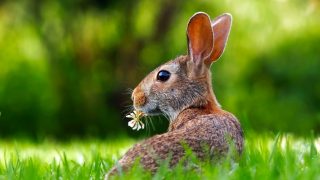 Today, the Animal Legal Defense Fund has again stepped up for animals by speaking out in support of West Hollywood’s historic, first-in-the-country ban on the sale of products made from fur within city limits. Animal fur—from animals like foxes, minks, raccoon dogs, and many others—is cruelly produced, so the city decided to foster a cruelty free community by demanding that businesses sell faux fur or other cruelty-free alternatives. Unfortunately, a business called Mayfair House, which sells luxury animal fur products, has once again challenged the constitutionality of the city’s ban.

The ban was passed in 2011, but did not go into effect until 2013. Last year, Mayfair House filed a lawsuit challenging the ban in federal court. In that case, the court allowed the Animal Legal Defense Fund to submit a friend of the court (amicus curiae) brief in support of the city’s motion to dismiss the business’s lawsuit. A federal judge ruled that Mayfair House’s lawsuit was meritless and dismissed its suit with prejudice. But in June 2014, Mayfair House filed another lawsuit—this time in state court—challenging the validity of the law. The city was forced to defend its ordinance yet again, and the Animal Legal Defense Fund will support the city’s efforts to reject the cruelty of fur by filing another amicus brief today.

The Animal Legal Defense Fund has consistently supported West Hollywood’s effort to become the leader in groundbreaking, local animal protection ordinances. Indeed, more than 25 years ago, in 1989, the city declared itself to be a Cruelty Free Zone for Animals. Ordinances banning steel leghold traps and animal testing to make cosmetics soon followed. In 2003, the city banned the practice of non-therapeutic declawing of cats and other animals; seven other California cities followed that model in 2009. More recently, in 2010 West Hollywood banned the commercial sale of dogs and cats, in an effort to crackdown on the inhumane treatment of animals raised in puppy and kitten mills. And in 2013, West Hollywood banned the commercial display of animals, including circuses.

Does the city have the right to pass such humane laws? California’s state constitution protects a municipality’s ability to evolve in response to public values—like valuing the well-being of animals. Local control has proven effective in combatting animal cruelty because state and federal laws are inadequate. Animals depend on local governments, to fill that void. And precedent supports this: ten years ago California courts upheld the West Hollywood’s ban on the declawing of domestic cats after the California Veterinary Medical Association filed a lawsuit similar to Mayfair House’s.