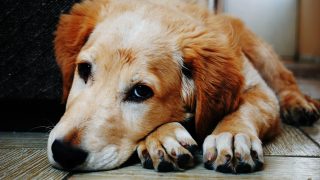 Animals in families going through divorce or legal separation have long been treated like inanimate objects, rather than the living, feeling family members they are. But that’s quickly changing.

Maine law now requires courts to consider the well-being of a companion animal in divorce or separation proceedings when determining with whom the animal will live. Maine is the fifth state to eschew the strict property analysis that has long been the standard in determining ownership (or custody) of an animal with the enactment of An Act To Provide for the Well-being of Companion Animals upon the Dissolution of Marriages (LD 535). In recent years, other states — Alaska, Illinois, California, and New Hampshire1 — have enacted similar “pet custody” laws.

Specifically, LD 535 requires judges to consider the well-being of the companion animal and certain additional relevant factors when determining with whom the animal will live. Such factors include family members’ attachment to and history with the animal, any domestic violence between the parties or in the household of the parties, any history of animal abuse or other unsafe conditions for the animal. Instead of judges simply awarding a companion animal to the person who purchased the animal or paid for their adoption fee, this law creates a consistent legal framework for judges to consider when determining with whom the animal is most likely to thrive.

Unlike the traditional property analysis, which treats companion animals like furniture or other material assets to be equitably divided, these new laws mention the “well-being” or “care” of the animal, thereby recognizing that animals have interests of their own that should be considered.

In addition to protecting animals, these laws can also help domestic violence survivors with companion animals escape unsafe circumstances by ensuring courts will evaluate the interests of the animal, which can help prevent the animal from being used as a pawn by an abuser, and consider any history of violence in the home. Too often abusers have companion animals filed under their name in veterinary records or registered under their name for dog licenses. Recognizing that survivors of abuse should never have to make the difficult decision to leave their beloved companion animal in the hands of their abuser in order to escape a dangerous relationship, in 2006, Maine became the first state to protect both domestic violence survivors and companion animals by ensuring companion animals could be included in protective orders. In 2013, the Maine Legislature amended the law to clarify its application to include temporary orders. Protecting survivors’ companion animals in divorce or dissolution proceedings would be a strong next step.

The Animal Legal Defense Fund is grateful to Senator Ben Chipman for his leadership on this legislation and to the coalition advocating for its passage, including Maine Friends of Animals, the Maine Animal Coalition, and the Humane Society of the United States, and to our supporters in Maine who took action.

Learn more about our work to achieve a status for animals that is beyond mere property.