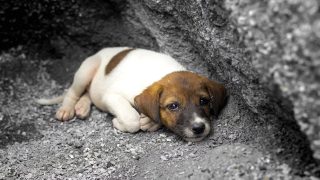 Animals as Crime Victims: Development of a New Legal Status

While it may seem like commonsense given how often we hear about animal cruelty crimes, the concept that animals can be crime victims is revolutionary within the legal system.

Intuitively we understand that animals are harmed by crimes like abuse and neglect. But the law, which still considers animals as mere “property,” has been slow to catch up. Though all 50 states have enacted laws that make animal cruelty a crime, it does not necessarily mean that animals count as crime victims under the law.

When animals are not considered crime victims, they are robbed of the full protections they deserve. However, this is beginning to change—heralding a significant advancement for the legal status of animals.

The Animal Legal Defense Fund is working with prosecutors, law enforcement, and state legislators across the country to ensure that animals are recognized as crime victims.

A Brief History of the Growth of Animal Cruelty Laws

The historical development of animal protection law in the United States reveals a patchwork system—as the new states formed, they passed their own laws against animal cruelty, protecting different animals from various types of conduct, for differing reasons. While some early animal protection laws demonstrated awareness that animals could suffer[1], the laws themselves tended to focus on criminalizing cruelty as a matter of public morality, protection of property, or human safety. Under these old laws, for example, a person might be forbidden to hurt someone else’s animals—but was free to be cruel to their own.

More recently, in no small part due to the efforts of the animal protection movement, animal cruelty laws have become more clearly focused on shielding animals from cruelty simply because they have the capacity to suffer—while concurrently maintaining older protections stemming from property, public order, and human safety. For example, it is now generally illegal for a person to torture an animal—even if that animal is in their possession, or if the abuse is hidden from the public. This shift has broadened protections for animals and improved the legal position of animals in general.

Victims of Crime and Crime Victims: Not Just a Semantic Difference

Modern animal cruelty laws are best understood as being about both human and animal interests. While the exact behavior criminalized by these laws—and the level of protection provided by them—still varies by jurisdiction, there is nowhere in the United States where an animal cruelty law does not shield some animals from some harms. When a person violates an animal cruelty statute and hurts an animal, the person’s actions have certainly made the animal a victim of the person’s criminal conduct.

For example, a dog who has been beaten, a rooster used for cockfighting, or a neglected cat have all been victimized by the person who committed those crimes. Being the victim of a crime, however, is not the same as being a “crime victim” under the law. The former applies to anyone who has been harmed by someone else’s criminal act.

Additionally, when a crime results in multiple victims, many jurisdictions acknowledge each victim by ensuring that each victim ‘counts’ for sentencing purposes.

Animals are increasingly achieving crime victim status, particularly as it relates to which victims count at sentencing. Both federal and state courts have recognized that each individual animal who suffered as a result of a crime are crime victims for sentencing purposes—an important step forward for animals and for justice. These decisions mean, in effect, that those who commit criminal cruelty against animals no longer receive an ‘abuse one, get the rest free’ sentence, where all their victims would be consolidated.

Courts today are also more willing to hear about how animal crime victims have been individually impacted by the cruelty against them, much like any other victim impact statement.

In many cases, for example, animal victims are held in kennels pending resolution of their abuser’s trial. Unfortunately, even the best kennel environment tends to be detrimental to an animal’s long-term health[2].

Recognizing that animal crime victims have a legally enforceable interest—a crime victim’s right, in other words—in having their case resolved without undue delay would help spare these animal victims further trauma (and lower the burden on cities and counties that must care for them). Concerns about animals languishing in shelters while a criminal case proceeds has also led to the rise of pre-conviction forfeiture statutes which help expedite the placement of abused and neglected animals in foster or adoptive homes.

Similarly, while many jurisdictions have legal mechanisms for pre-conviction restitution (allowing agencies caring for abused animals to recover their expenses from the defendants), this does not always cover an animal crime victim’s reasonable medical expenses. 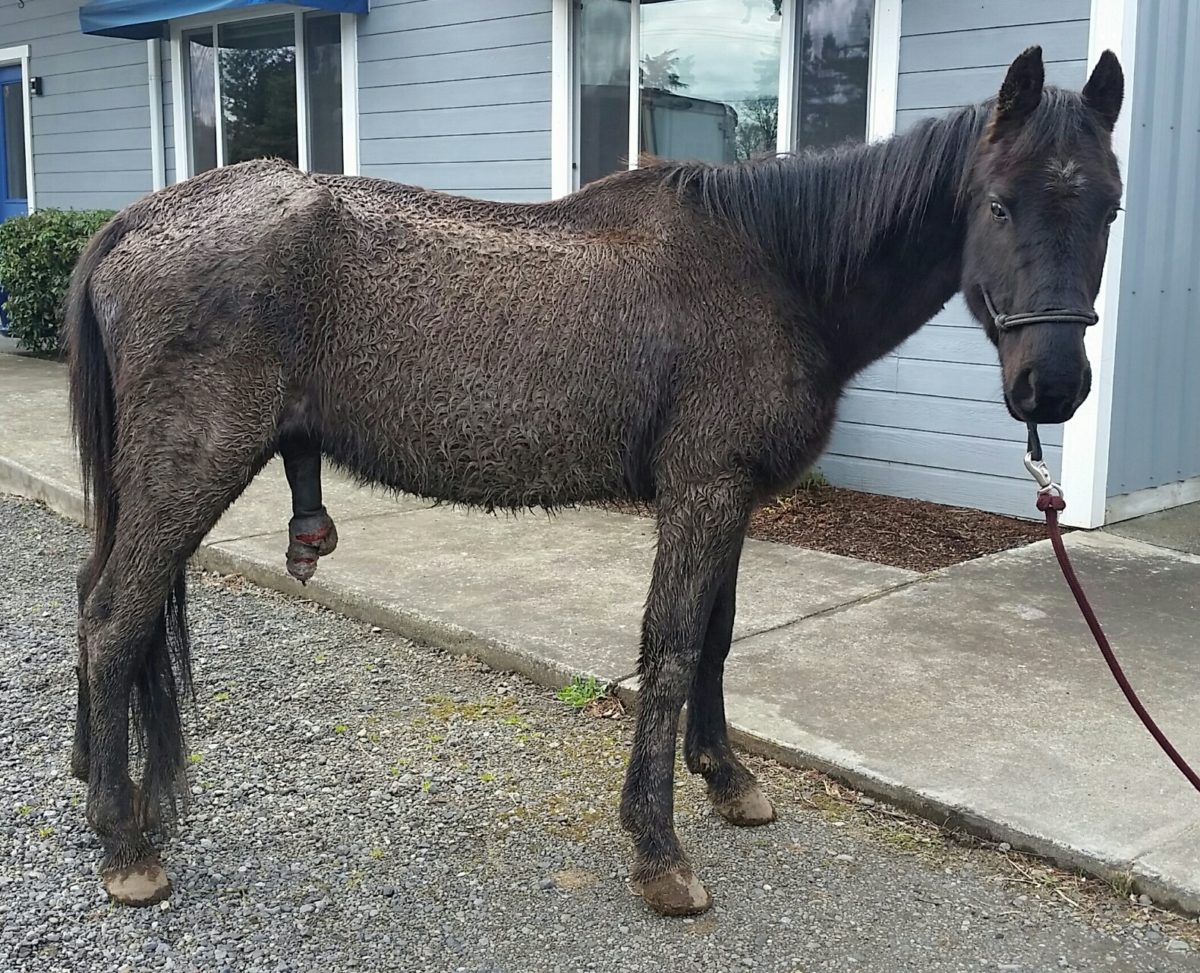 In 2018, a horse named Justice, represented by the Animal Legal Defense Fund, filed a groundbreaking lawsuit against his abuser to recover the costs of his ongoing medical care, directly related to his abuse, as well as his pain and suffering. But recognizing that people who are found guilty of animal cruelty owe their victims restitution would help make that sort of justice a baseline expectation.

One of the most important advances associated with recognizing animals as crime victims is so subtle that it is easy to miss. Criminal law is about more than making sure that perpetrators compensate victims—tort law addresses recovery from harm. Our criminal justice system is also not solely about enforcing government policy—the state can use civil fines and administrative enforcement for such purposes. At its heart, our criminal justice system recognizes that crimes against victims are attempts on the part of the perpetrator to treat victims as nothing more than means to an end—a way to gratify their anger or greed.

In response, our criminal justice system says to the perpetrator, victim, and the public that the victim has intrinsic value. The victim matters because they are someone, and the crime victim cannot be reduced to a mere means to an end. This powerful statement, that a crime victim is a who, not a what—a someone who matters, not a piece of evidence—represents a significant step forward not only for individual animal crime victims, but for justice.

Looking at the development of animal cruelty laws in the United States, it’s clear that substantial progress has been made. The legal system is shifting from a model where animal cruelty laws focused on furthering human interests (such as property rights) to one that is beginning to recognize animals as crime victims.

[1] See, e.g., Massachusetts Bay Colony Body of Liberties §§ 92–93 (1641), (“No man shall exercise any Tirranny or Crueltie towards any bruite Creature which are usuallie kept for man's use. If any man shall have occasion to leade or drive Cattel from place to place that is far of, so that they be weary, or hungry, or fall sick, or lambe, It shall be lawful to rest or refresh them, for competant time, in any open place that is not Corne, meadow, or inclosed for some peculiar use.”).

[2] While veterinary and shelter medicine have yet to arrive at a universally-used term for this syndrome, evidence is clear that over time even a high-quality kenneling experience has detrimental stress-related impacts on the well-being of dogs, cats, and other frequently-sheltered animals. See, e.g., Sandra Newbury, et. al., The Association of Shelter Veterinarians Guidelines for Standards of Care in Animal Shelters 26 (2010). In many cases this gives rise to physical and behavioral issues that ironically render the animals in question more difficult to place in permanent homes.