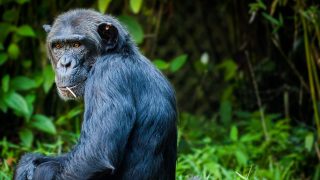 An Overview of Animal Law

Simply defined, animal law is the combination of statutory and case law that relates to or has an impact on nonhuman animals. It encompasses companion animals and wildlife and animals used in entertainment, research and ones raised for food.

Animal law permeates and affects most traditional areas of the law – including tort, contract, criminal, constitutional, family, environmental, administrative, and trust law. Examples of this intersection include:

Some hot topics in animal law include:

A great place to start if you are unfamiliar with animal law is the Animal Legal Defense Fund’s Animal Law Academy, which includes free webinars on legal issues affecting animals.

The Growth of Animal Law

Check out the premier casebook on animal law, Animal Law: Cases and Materials. Now in its 5th edition, this is the textbook used in most animal law classes.

As animal law continues to rapidly develop, along with interest from students, practitioners, and academics, it is increasingly recognized as a cutting-edge and important new field. Harvard Magazine’s feature article, “Are Animals ‘Things’?”, provides a good overview of animal law’s expansion.

In 2008, a historic collaborative effort between Lewis & Clark Law School in Portland, OR, and the Animal Legal Defense Fund created the Center for Animal Law Studies (CALS), which offers the most extensive animal law curriculum in the world, including nearly 30 distinct animal law courses, a summer program, and an Animal Law Certificate for law students who wish to specialize in animal law. In 2012, CALS further expanded its educational offerings by launching the first animal law LL.M. (Master of Laws) program.

Other indicators of growth include an increase in animal law journals, textbooks and publications; the proliferation of bar association animal law sections and committees; the creation of dedicated animal cruelty prosecution units in District Attorneys’ offices around the country; more opportunities for paid careers in animal law; and the steady expansion of the Animal Legal Defense Fund’s pro bono program.

What Do Animal Lawyers Do?

In addition to volunteering for the Animal Legal Defense Fund, other animal protection groups, or local humane societies, career options for animal lawyers include:

Check out our resources on the subject:

What Other Ways Can Attorneys Get Involved?

What Does the Animal Legal Defense Fund Do?

The Animal Legal Defense Fund is a nonprofit organization founded in 1979 with the mission to protect the lives and advance the interests of animals through the legal system. Our work includes:

There are several organizations dedicated to helping animals but the Animal Legal Defense Fund is unique in that our main focus is using the law to improve the lives of animals. The Animal Legal Defense Fund’s groundbreaking efforts to push the U.S. legal system to end the suffering of abused animals is supported by more than 1,600 dedicated volunteer attorneys and 200,000 members.

What are Student Chapters of the Animal Legal Defense Fund?

Animal Legal Defense Fund Student Chapters are law student organizations that share our mission to protect the lives and advance the interests of animals through the legal system.

To read about the current careers of former student chapter members and the inspiring ways they are using their law degree to help animals, check out our Where Are They now? series.