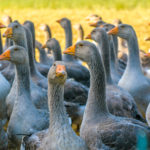 Foie gras is a cruelly-produced, high-priced “gourmet” delicacy that comes from force-feeding young ducks (or geese) until their livers swell to eight or more times their natural size. Foie gras (French for “fat liver”) is the diseased liver of an animal who has suffered enormously.

That’s why California’s 2004 ban (which went into effect in 2012) on the production and sale of foie gras was a momentous step forward. Unfortunately, the state ban has been subject to numerous legal challenges by the foie gras industry. However, courts have repeatedly rejected their arguments and upheld the constitutionality of the law. In January 2019, the U.S. Supreme Court, for the second time, denied the industry’s plea to take its case, and a lower court reaffirmed its constitutionality again a year later.

A day in the life of a bird raised for foie gras includes several force-feedings in which a thick pipe is rammed down his throat and huge amounts of grain pumped directly into his stomach. Free time is spent crammed in extremely small, dirty pens. Infection and painful punctures in the beak and throat are common, and many ducks cannot move normally and become too heavy for their legs to hold them. When ducks get sick from these conditions, human workers may simply throw them into a trash heap. The ducks who survive are eviscerated and their diseased livers sold as food by producers such as New York’s Hudson Valley Foie Gras (HVFG).

That’s why in 2012, the Animal Legal Defense Fund filed a landmark lawsuit against Hudson Valley Foie Gras—it was the first time a humane competitor used false advertising laws in a federal case alongside an animal protection group.

Constitutional Challenges to the Ban

Unfortunately, the law breaking didn’t stop there. Some restaurants in California (and the producers who supplied them) didn’t want to lose the bankroll they made from animal cruelty, and protested the state ban enormously. Several wantonly violated the humane values put forth by the voters of California. They colored themselves as anti-ban heroes, despite engaging in inhumane and illegal activity. However, the courts did not agree with that portrayal of their illegal activities.

In August 2013, the Animal Legal Defense Fund achieved one more victory when the Ninth Circuit Court of Appeals upheld an earlier decision denying a temporarily lifting of the ban. The Animal Legal Defense Fund, along with Farm Sanctuary, HSUS, Humane Society Veterinary Medical Association, and the Marin Humane Society, filed an amicus brief in the case.

On January 27, 2014 the Ninth Circuit denied a request by a coalition of foie gras producers to rehear their constitutional challenge against California’s ban, and on October 14, 2014, the Supreme Court declined to review the case, allowing the ban to stand. A January 2015 decision barred enforcement of the sales ban, but the Ninth Circuit reversed that decision and, exactly four years later, in January 2019, the Supreme Court again denied the foie gras industry’s petition to overturn the ban.

On November 25, 2019, New York City stepped up to protect ducks by banning the sale of foie gras. Set to take effect in 2022, the ban will prohibit the products of force-feeding from being sold and served in city restaurants—about 1,000 of which were serving the cruel delicacy when the ban was passed. The Animal Legal Defense Fund was proud to be part of the coalition of organizations that made the passage of this landmark ordinance possible.

Immediately after the ban’s passage, however, the foie gras industry sought the help of the New York State Department of Agriculture and Markets, claiming protection from a statute that protects New York farmers from local laws that restrict their activities “unreasonably.” Foie gras makers also threatened to challenge the constitutionality of the measure in state and federal courts. The Animal Legal Defense Fund stands at the ready to help defend the New York City foie gras ban from any legal challenges the industry may pursue against the humane measure.

Taking on a Public Health Threat and Animal Cruelty Nightmare

Foie gras has been banned in over a dozen countries. Force-feeding damages the livers of the birds so badly it induces an extremely painful disease known as hepatic lipidosis. Scientific studies also show that consumption of foie gras is associated with a fatal disease in humans called secondary amyloidosis. Hundreds of thousands (and possibly millions) of birds have been slaughtered and their diseased organs sold into the human food supply for the financial profit of foie gras producers. 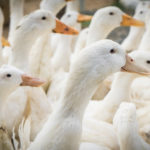 After a long legal battle, California’s foie gras ban is in full effect, and restaurants are now unambiguously barred from selling the cruelly-produced, high-priced foie gras. But we need your help identifying restaurants that are flouting the law. 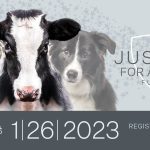