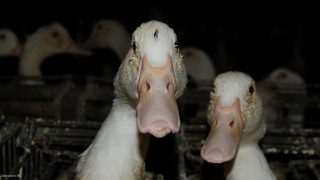 San Francisco, CA — Yesterday, the Supreme Court of California rejected the Napa restaurant La Toque’s attempt to circumvent the state’s ban on selling foie gras. La Toque argued that a lawsuit filed by the Animal Legal Defense Fund should be dismissed because the restaurant was merely “giving away” the so-called delicacy.

The California Court of Appeal roundly rejected that claim in March, holding that the Animal Legal Defense Fund is likely to succeed in its claims that La Toque is illegally selling foie gras by providing it to paying customers.

Today, the Supreme Court of California denied La Toque’s petition for review, letting stand the appellate court’s decision and allowing for the case against La Toque to proceed.

Foie gras is made by force-feeding young ducks until their livers balloon eight or more times their natural size, then slaughtering them for these diseased livers. The ban, which went into effect in 2012, was spurred by evidence of force-fed ducks in Sonoma, CA who were fattened so inhumanely they could not escape being eaten alive by rats in dark, filthy pens.

The case will now be remanded for further proceedings before the state trial court, where Animal Legal Defense Fund will ask for attorneys’ fees for defending against La Toque’s frivolous motion for two years, and press for a court order prohibiting additional foie gras sales. Although a federal judge ruled the state ban on foie gras to be unconstitutional earlier this year, that ruling is likely to be reversed on appeal and does not bind state courts.