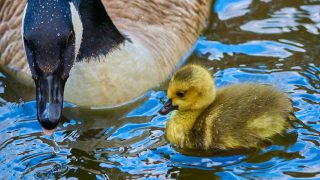 The USDA fought to keep the numbers hidden from public view, ultimately paying $15,000 in attorneys fees in settlement

WASHINGTON, D.C. — Today, the Animal Legal Defense Fund dismissed a lawsuit filed against the United States Department of Agriculture (USDA) under the Freedom of Information Act (FOIA) after the agency agreed to provide key details about its goose slaughter contract between the Wildlife Services program and a Colorado slaughterhouse.

The agency fought for nearly two years to censor information concerning the number of geese it planned to kill. The unredacted records reveal that Wildlife Services prepared to slaughter as many as 2,700 geese in 2019, despite the public’s well-established outrage over the more than 1,600 geese that were ultimately killed. The agency’s attempt to keep the public in the dark about its true intent resulted in taxpayers unknowingly funding an additional $15,000 in tax-paid attorney fees on top of the cost of slaughtering the geese.

“The details surrounding the geese slaughter program in Denver, which already endured widespread public objection, were presumably kept hidden because Wildlife Services did not have the support of local communities to kill any geese. And then to make matters worse, they fought to keep the information secret, resulting in additional taxpayer funds being spent on attorneys’ fees,” says Animal Legal Defense Fund Executive Director Stephen Wells. “The public should have seen this information from the beginning, and the Animal Legal Defense Fund will continue to fight for transparency in how tax dollars are used to harm animals.”

The Animal Legal Defense Fund originally filed a FOIA request with USDA Wildlife Services in November 2019, seeking to learn the number of geese the City of Denver planned to slaughter. The USDA’s response to that request included the slaughterhouse contract. However, the number of birds expected to be killed and price paid per slaughtered bird were redacted. The Animal Legal Defense Fund filed an appeal in March 2020 seeking the redacted information, but the USDA did not respond, prompting the lawsuit.

The City of Denver has rounded up and slaughtered geese over the last three years with the intent to permanently reduce the birds’ population in city parks. In 2019 alone, more than 1,600 geese were rounded up and killed from Washington, Garfield, Sloan’s Lake, and City parks.

Animal Legal Defense Fund is being represented by students and staff in the Environmental Law Clinic at the University of Denver Sturm College of Law.