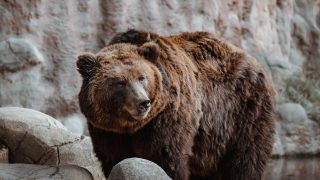 MADISON, WI — This week the United States District Court for the Eastern District of Wisconsin permanently banned Special Memories Zoo, its owner, and manager from ever possessing or exhibiting animals — other than the dogs kept as their “personal pets” — again or working with any business that does so. The Animal Legal Defense Fund sued the zoo for keeping tigers, lemurs, and other animals in squalid conditions that violate the Endangered Species Act (ESA) as well as state laws protecting captive wild animals.

“We are pleased to see an end to the suffering that took place at Special Memories Zoo under the supervision of the zoo owner and manager,” says Animal Legal Defense Fund Executive Director Stephen Wells. “The Endangered Species Act and state animal protection laws are among the critical legal tools that help us hold roadside zoos accountable when animals are neglected or abused. We will continue to ensure these laws are enforced  to protect the animals.”

The zoo’s mistreatment of animals had been long documented by federal authorities. The U.S. Department of Agriculture (USDA) cited Special Memories Zoo multiple times for Animal Welfare Act violations, including for animals housed in dirty enclosures, for lack of drinking water, and for food contaminated with rodent droppings. An employee was bitten by a bear after improperly interacting with the animal, according to a 2016 USDA report. The USDA has also cited the zoo for not having enough trained staff. Despite these federal agency concerns, the zoo continued to exploit animals until the Animal Legal Defense Fund filed suit.

In March 2020, shortly after the Animal Legal Defense Fund filed its lawsuit, a fire broke out in a barn housing many of the animals exhibited at Special Memories Zoo. The barn fire, which occurred at the zoo owners’ property, killed dozens of animals, including a black buck, pigs, goats, chickens, nilgai, alpaca, camel and zebu.

The problems at the Special Memories Zoo are not unique. Roadside zoos dot the American landscape, able to operate due to lax enforcement of existing laws on both a state and federal level.