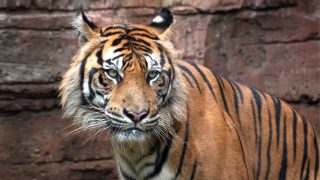 MADISON, WI – Tanya and Teagan are endangered tigers who are kept in small cages at the Special Memories Zoo, where witnesses have observed algae in the cages’ water tanks, food infested with maggots, and the straw used for bedding left soiled and unchanged for up to months on end. The mistreated tigers are among the 200-plus animals at the center of the Animal Legal Defense Fund’s lawsuit against the roadside zoo in Greenville, Wisconsin.

“Special Memories Zoo’s treatment of Tanya and Teagan, and hundreds of other animals, is not just cruel but illegal. The Endangered Species Act and other laws exist to protect animals from exactly this sort of mistreatment,” says Animal Legal Defense Fund Executive Director Stephen Wells. “We will pursue every legal avenue to ensure these animals are transferred to reputable sanctuaries where their needs will be met, in accordance with the law.”

The zoo’s violations have been documented by federal authorities. The U.S. Department of Agriculture (USDA) has cited Special Memories Zoo multiple times for Animal Welfare Act (AWA) violations, including for animals housed in dirty enclosures, for lack of drinking water, and for food contaminated with rodent droppings. An employee was bitten by a bear after improperly interacting with the animal, according to a 2016 USDA report. The USDA has also cited the zoo for not having enough trained staff.

The problems at the Special Memories Zoo are not unique. Roadside zoos dot the American landscape, able to operate due to lax enforcement of existing laws on both a state and federal level.

The Animal Legal Defense Fund files lawsuits across the United States to protect animals held in captivity at roadside zoos, and advocates for stronger laws and better enforcement of existing laws. A recent lawsuit against Cricket Hollow Zoo — a roadside zoo in Manchester, Iowa, where the animals were kept in inhumane conditions violating Iowa’s animal cruelty standards — led to that zoo being effectively shut down and hundreds of animals sent to sanctuaries. An earlier federal lawsuit the Animal Legal Defense Fund brought against Cricket Hollow Zoo set the important precedent that the Endangered Species Act prohibits the inhumane treatment of captive animals.