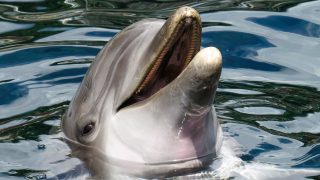 The Ninth US Circuit Court of Appeals in California has banned the U.S. Navy from using sonar that harms marine mammals during peacetime training exercises, ruling that sonar causes the animals stress; disrupts their communication, navigation, feeding, and mating practices; and separates them from their calves. Military sonar activities have also been linked to the mass stranding of dozens of marine mammals around the world.

Approval for the Navy to use low-frequency sonar, which is used to detect submarines, was granted in 2012 by the National Marine Fisheries Service (NMFS). However, environmental groups, led by the Natural Resources Defense Council and joined by the Animal Legal Defense Fund, filed a lawsuit arguing this approval violated the Marine Mammal Protection Act. In a unanimous decision, the Ninth Circuit Court of Appeals agreed, reversing a lower court decision upholding the approval.

Although the Navy has policies in place to reduce harm to marine mammals, the new ruling states that current measures are inadequate and that new rules and guidelines must be created, although the court stopped short of giving details regarding content or a timeline for implementation.