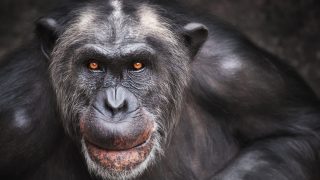 “Does an intelligent nonhuman animal who thinks and plans and appreciates life as human beings do have the right to the protection of the law against arbitrary cruelties and enforced detentions visited on him or her? This is not merely a definitional question, but a deep dilemma of ethics and policy that demands our attention. To treat a chimpanzee as if he or she had no right to liberty protected by habeas corpus is to regard the chimpanzee as entirely lacking independent worth, as a mere resource for human use, a thing the value of which consists exclusively in its usefulness to others. Instead, we should consider whether a chimpanzee is an individual with inherent value who has the right to be treated with respect.”

On May 8, 2018, the New York Court of Appeals denied the Nonhuman Rights Project’s (NhRP) motion to review a lower court’s ruling that two caged chimpanzees were not subject to the law of habeas corpus. Habeas corpus provides a recourse against illegal detention by allowing a person to challenge the legality of their imprisonment in court. The case hinged on whether the chimpanzees, named Tommy and Kiko, could be considered “legal persons” for purposes of the statute. And while the NhRP wasn’t successful in winning these two chimpanzees’ freedom, the court’s grappling with the issues at the center of the case shows movement in the field of animal law, toward a system where animals are recognized as beings with certain fundamental rights instead of mere property.

New York’s habeas corpus statute refers to “a person illegally imprisoned or otherwise restrained in his liberty,” so at issue was whether the chimpanzees, named Tommy and Kiko, could be considered legal persons — and thus granted a court order that would have allowed them, through their legal advocate, to challenge their confinement. If successful, Tommy and Kiko would have been transferred from the small cages where they are held by private owners to a sanctuary where they could move freely in an environment approximating their natural habitat.

Although writs of habeas corpus have thus far been granted only on behalf of humans, the NhRP argued that chimpanzees should be covered due to their advanced cognitive, linguistic, and emotional capabilities. While acknowledging the word “person” was not defined in the statute, the lower court said it found no support for the conclusion that the definition includes chimpanzees.

As pointed out by the NhRP in its petition, legal “personhood” is not a biological category synonymous with being human. Ships and corporations, for example, can be considered persons for limited legal purposes (and last year, rivers in New Zealand and India were granted personhood). Legal personhood allows an entity to possess at least some fundamental rights – such as the right to bodily liberty, at issue in this case – in contrast to being a “legal thing,” which lacks the capacity to possess any legal rights.

Tommy and Kiko’s case is part of a unique effort begun by the NhRP in late 2013 to petition multiple New York courts to grant writs of habeas corpus for four chimpanzees held in captivity in the state. The other two chimpanzees are Hercules and Leo, who were confined at a research lab at Stony Brook University when the NhRP brought its lawsuit. The case regarding Hercules and Leo was also unsuccessful on appeal. This litigation came to an end when Hercules and Leo were transferred out of New York to the New Iberia Research Center in Louisiana in late 2015. The chimpanzees’ “owners” finally allowed them to move to the sanctuary Project Chimps, in Georgia, earlier this year.

Though these cases are the first of their kind brought in the U.S., a similar case involving a chimpanzee named Cecilia confined at a zoo in Argentina was successful in 2016, resulting in her being declared a “non-human legal person” with “inherent rights” and transferred to a sanctuary.

The outcome of the NhRP’s cases was not as hoped, but comments made by the courts throughout this process suggested not only that they were taking the issue seriously but also that, while they were not ready to take the step today to declare a nonhuman animal a legal person, that day may not be too far in the future.

“Refusal to Confront a Manifest Injustice”

Despite the Court of Appeals’ unanimous decision, one of the judges, Judge Eugene J. Fahey, made the extra effort to issue a thoughtful concurring opinion[1]. His concurrence highlighted some of the emergent issues with which courts are currently grappling (and which they will continue to face in the future) as animal protection advances as an important social justice issue. Judge Fahey emphasized that his decision was not based on the merits of the case and was candid in expressing doubt about the court’s earlier decision:

The inadequacy of the law as a vehicle to address some of our most difficult ethical dilemmas is on display in this matter… I write to underscore that denial of leave to appeal is not a decision on the merits of petitioner’s claims. The question will have to be addressed eventually. Can a non-human animal be entitled to release from confinement through the writ of habeas corpus? Should such a being be treated as a person or as property, in essence a thing?

… The Appellate Division’s conclusion that a chimpanzee cannot be considered a “person”… is in fact based on nothing more than the premise that a chimpanzee is not a member of the human species… I agree with the principle that all human beings possess intrinsic dignity and value… but, in elevating our species, we should not lower the status of other highly intelligent species.

The reliance on a paradigm that determines entitlement to a court decision based on whether the party is considered a “person” or relegated to the category of a “thing” amounts to a refusal to confront a manifest injustice…The evolving nature of life makes clear that chimpanzees and humans exist on a continuum of living beings…To solve this dilemma, we have to recognize its complexity and confront it.

In the interval since we first denied leave to the Nonhuman Rights Project, I have struggled with whether this was the right decision…I continue to question whether the Court was right…The issue whether a nonhuman animal has a fundamental right to liberty protected by the writ of habeas corpus is profound and far-reaching. It speaks to our relationship with all the life around us. Ultimately, we will not be able to ignore it. While it may be arguable that a chimpanzee is not a “person,” there is no doubt that it is not merely a thing.

In its statement on the case, the NhRP placed Judge Fahey’s concurrence in a favorable context, saying: “This opinion should give hope to anyone who knows the time has come for fundamental change in how our legal systems view and treat nonhuman animals.”

In declining to include chimpanzees among those whom the habeas corpus doctrine is meant to protect, the lower court cited lack of precedent. But it then provided an important qualification, noting that “lack of precedent for treating animals as persons for habeas corpus purposes does not, however, end the inquiry, as the writ has over time gained increasing use.” Despite the court’s apparent openness to the category being further broadened, its rationale for declining to do so in this case rested on the argument that because animals cannot hold legal responsibilities or societal duties, they cannot have legal rights and thus are not legal persons eligible for habeas relief.

The NhRP pointed out that some humans are unable to hold duties or responsibilities – for example, babies and mentally incapacitated adults – yet our legal system does not treat them as things. To that the court responded, “This argument ignores the fact that these are still human beings, members of the human community” (prompting Judge Fahey’s critical observation above, that the court’s conclusion was based solely on chimpanzees not being members of our own species). In addition to arguing that bearing responsibilities is not a prerequisite to holding rights, the NhRP presented copious scientific evidence demonstrating that chimpanzees in fact can and do hold responsibilities and duties in their own societies. Though the courts were unpersuaded this time, the NhRP plans to continue its efforts with other animals in other jurisdictions.

As this case highlights, the law generally divides entities into two broad categories: things and persons. With some exceptions, such as anti-cruelty laws, the legal system has historically treated animals as “things” due to their classification as personal property under the law. The Animal Legal Defense Fund is working on multiple fronts to obtain legal recognition of animals as individuals – an important step to having their interests considered and safeguarded by the courts.

Justin Marceau, of counsel at the Animal Legal Defense Fund, was among the habeas corpus experts who submitted amici curiae briefs in support of the NhRP. Student chapters of the Animal Legal Defense Fund have also helped raise awareness about the important issues raised in these cases by hosting campus film screenings of Unlocking the Cage, a 2016 documentary about Steven Wise, founder of the NhRP, and the organization’s work.

We have pursued these ends through other litigation as well. In 2017, we sued the United States Department of Agriculture to recognize a captive tiger as an “individual” to expedite our Freedom of Information Act (FOIA) request for records related to his health and well-being. We also have been instrumental in groundbreaking criminal case victories that have recognized animals as sentient beings, and more than mere property—even considering animals to be crime “victims,” a crucial component to advancing their legal interests. Most recently, we filed a groundbreaking lawsuit that argues animals have the right to sue their abusers in court. The plaintiff in this case is a horse who survived severe abuse, now named Justice. The NhRP will also continue its efforts to achieve legal personhood for animals in other jurisdictions.

There are multiple paths to obtaining greater legal protections for animals, but the underlying goal uniting these efforts is simple: to have courts and legislatures recognize that animals are living, feeling beings with their own lives and interests that deserve protection and respect.

To learn more about how the legal system views animals and efforts to improve their treatment under the law, check out the Animal Legal Defense Fund’s free webinar: Animals’ Legal Status: Current Issues and Future Directions.

[1] Judges may do this if they agree with the decision made by the majority of the court, but wish to clarify or expand upon their reasons for supporting the decision.