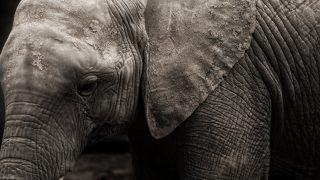 In a letter to the USDA, the Animal Legal Defense Fund and others explain the zoo has repeatedly violated standards of the Animal Welfare Act

WASHINGTON, D.C. — Today, the Animal Legal Defense Fund, Save the Animals PR, and Vinculo Animal PR sent a letter to the Animal and Plant Health Inspection Service (APHIS) at the U.S. Department of Agriculture (USDA) to urge the department not to reissue or renew the Animal Welfare Act (AWA) license for Puerto Rico’s only official zoo, the Dr. Juan A. Rivero National Zoological Park, known as the Mayaguez Zoo. The request is based on the zoo’s routine and current violations of AWA standards, and it seeks to prevent the zoo from receiving an Exhibitor’s License in the future.

More than 100 animals, including an African elephant named Mundi and a chimpanzee named Magnum, live in abysmal conditions at the zoo. The letter describes a pattern of substandard and dangerous conditions that have been documented in APHIS’s own inspection reports for many years, including repeated “critical” AWA violations. Before the USDA cancelled the Mayaguez Zoo’s exhibitor license in February 2018, routine USDA inspections documented violations of the AWA including a lack of veterinary care resulting in the death of a tiger, expired feed and medications, and a failure to protect animals from extreme heat and physical hazards, among other issues.

“The Mayaguez Zoo has a long history of documented violations of standards required by the Animal Welfare Act and despite losing its exhibitor license, they continue to neglect animals without consequence” says Animal Legal Defense Fund Executive Director Stephen Wells. “The Animal Legal Defense Fund works extensively through the legal system to ensure that zoos that are not in compliance with the law are no longer able to abuse and neglect animals.”

Since losing its exhibitor license in 2018, evidence from news reports, visitor accounts, social media posts, and government analyses continue to surface, showing that animals—including members of protected species—continue to be neglected at the Zoo. Animals continue to languish at the Zoo in squalid conditions and without necessary food, adequate shelter, or veterinary care.

This letter follows a 2019 lawsuit filed by the Animal Legal Defense Fund against APHIS seeking records regarding the termination of the zoo’s Exhibitor’s License under the AWA after it had been illegally operating without a federal license for more than a year. That same year ALDF asked APHIS to investigate the zoo. ALDF has been pressuring decisionmakers in Puerto Rico to address the dire conditions at the zoo since 2017.

A copy of the letter and photos of the zoo are available upon request.