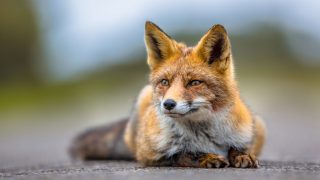 In settling a lawsuit filed by conservation group WildEarth Guardians that argued the U.S. Department of Agriculture’s Wildlife Services Program is using outdated data to justify expensive, cruel and ineffective lethal predator control practices in Nevada, the program has agreed to update its analysis. Until the new analysis is drafted, made public and finalized—a process expected to take about two years—Wildlife Services will suspend operations and stop killing wild animals within six million acres of public land in Nevada.

Advocates are hopeful this settlement will have a positive impact on public wildlife policy nationwide. According to Bethany Cotton, wildlife program director for WildEarth Guardians:

“Wildlife Services will send instruction to everyone who works for them that they can no longer use that assessment. They will post that commitment on their website. That’s why this has much broader implications than just Nevada. I think it’s a significant shift in how the program operates, and my hope is that officials will embrace the science and the modern ethics around the treatment of wildlife.”

The lawsuit, filed in 2012, challenged the agency’s refusal to analyze the impacts of its wildlife killing activities in Nevada as required by the National Environmental Policy Act (NEPA), alleging the predator control strategy of USDA’s Wildlife Services division is based on outdated studies about its impact on only 17 species, but the agency regularly kills more than 300 species, including threatened and endangered animals and household pets.

Last year, the Ninth Circuit Court of Appeals declined to grant the government’s motion to dismiss and agreed that WildEarth Guardians’ interests were being harmed by the program’s activities, finding that a member of the organization’s claim that he was unable to enjoy outdoor activities in Nevada’s wilderness as a result of the USDA’s predatory wildlife management program was sufficient to establish standing under NEPA.

According to the lawsuit, the program’s activities compelled the member to curtail his walks with his dog out of fear that his dog would get caught in the program’s traps, reduced the number of ravens he could observe during bird-watching and lowered his chances of seeing coyotes.

As part of the settlement, Wildlife Services will conduct a new environmental analysis to replace the 22-year-old Programmatic Environmental Impact Statement (PEIS) that it had been using as a guide for its predator control program in Nevada; it will then update all analyses nationwide that rely on the 1994 PEIS.

Amid charges that it operates in secret, many critics, including animal advocates, journalists, and members of congress, have begun to mount calls for an investigation into Wildlife Services. Frustration over the program’s persistent lack of transparency about the methods it uses to kill millions of animals each year, including coyotes, bobcats, otters, foxes, prairie dogs and black bears (and countless non-target animals) is growing and media attention, including a recent in-depth opinion piece in The New York Times, has begun to shine light on this federal program’s shadowy activities with a call for reform.

In addition to charges the program is stubbornly opaque about its operations, critics claim that Wildlife Services misuses taxpayer dollars to benefit a small group of large agribusiness operations, ignores modern science about the critical role predators play in the ecosystem, uses inhumane methods – including snaring, trapping, aerial shooting and poisoning – to kill animals, and is ineffective in its stated mission to protect farmed animals from predation because killing carnivores does not work as a long-term strategy (further, most farmed animals who are not slaughtered for human consumption are killed by disease, illness, and birthing problems, not predators).

As part of the Animal Legal Defense Fund’s efforts to loosen the hold of USDA’s Wildlife Services over wildlife management in the U.S., we have been urging California counties to not renew their contracts with the federal program—arguing doing so violates the California Environmental Quality Act (CEQA)—and instead implement predator control methods that are safer, more humane, more effective and based on science.