Challenging the Treatment of Animals at Farmers Inn

In 2018 the Animal Legal Defense Fund sent a notice of intent to sue Farmers Inn, a roadside zoo in Sigel, Pennsylvania, for violations of the Endangered Species Act and state public nuisance standards based on violations of state wildlife protection laws.

In August 2018, the Animal Legal Defense Fund served Farmers Inn, a Pennsylvania roadside zoo, with a notice of intent to sue. Farmers Inn maintains endangered animals, including a ring-tailed lemur, black leopard, and gray wolves, as well as other wild animals in illegal conditions. The letter identified violations of the Endangered Species Act and state wildlife regulations.

The ring-tailed lemur, named Queen Louise, is kept alone in a tiny, squalid enclosure without adequate food or water. Her housing is grossly inadequate for her species’ needs. Lemurs are highly social animals that live in large troops and travel long distances in the wild. Farmers Inn keeps all its animals, including black bears, multiple species of fox, white-tailed deer, a binturong, a bobcat, and an African gray parrot, in filthy, small cages that do not provide sufficient protection from the heat and cold.

The two black bears, Jack and Jill, are kept in small enclosures – little more than steel cages with concrete floors. In their natural environment, bears swim, climb, and dig. Jack and Jill are unable to perform any of these activities in the manner they would in a more naturalistic environment. The bears were recently observed lying motionless in their cage, suffering from apparent heat distress, on a day when the temperature was well past 90 degrees. Additionally, some of the animals appear sick or injured. For example, there have been observations of an emaciated goat, a kinkajou named Monkey Man with a severely injured eye, and two foxes with hair loss, indicative of untreated mange. Visitors also noted turtles kept in a dirty “pond.”

An estimated 30 animals have died at Farmers Inn since the summer of 2018. Farmers Inn euthanized the kinkajou in 2019 as well as a black leopard named Russell in June 2020. The letter to Farmers Inn offered to rehome all the animals to appropriate sanctuaries. 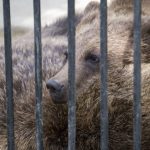 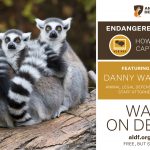