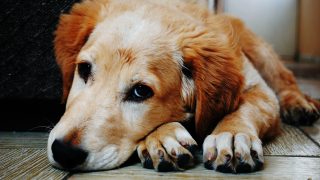 Massachusetts is considering a number of significant animal protection bills this legislative session. The Animal Legal Defense Fund is supporting several priority bills, including legislation to prevent convicted animal abusers from accessing animals, protect elephants and other wild animals from being exploited in circuses, prevent convicted wildlife poachers from hunting in Massachusetts, and more.

Not all of these animal bills have yet had their public hearings. Keep an eye on the State House calendar or contact Stephanie Harris, Senior Legislative Affairs Manager, for more information. 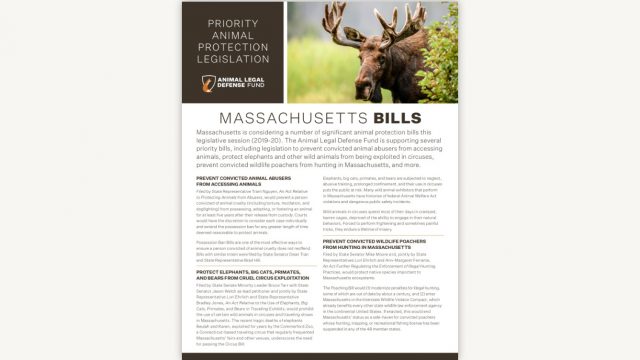 Sponsored by State Representative Tram Nguyen, An Act relative to protecting animals from abusers (H.3772), would prevent a person convicted of animal cruelty (including torture, mutilation, and dogfighting) from possessing, adopting, or fostering an animal for at least five years after their release from custody. Courts would have the discretion to consider each case individually and extend the possession ban for any greater length of time deemed reasonable to protect animals. 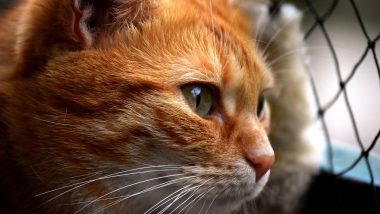 Possession bans are one of the most effective ways to ensure a person convicted of animal cruelty does not reoffend. Bills with similar intent were filed by State Senator Dean Tran (S.1037) and State Representative Brad Hill (H.1435).

Take action: If you’d like to support this bill, please contact your state senator and state representative to ask them to urge their colleagues on the Judiciary Committee to protect animals from convicted animal abusers by releasing H.3772 with a favorable report. 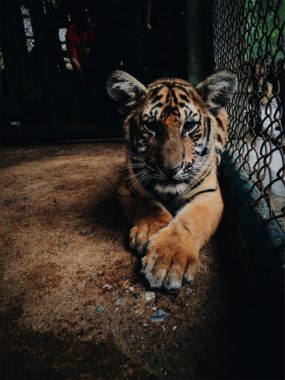 Elephants, big cats, primates, and bears are subjected to neglect, abusive training, prolonged confinement, and their use in circuses puts the public at risk. Many wild animal exhibitors that perform in Massachusetts have histories of federal Animal Welfare Act violations and dangerous public safety incidents.

Wild animals in circuses spend most of their days in cramped, barren cages, deprived of the ability to engage in their natural behaviors. Forced to perform frightening and sometimes painful tricks, they endure a lifetime of misery.

Take action: If you’d like to support these bills, please contact your state senator and state representative and urge them to support them.

Representative Sarah Peake testifying in support of the bill

Sponsored by State Senator Mike Moore and, jointly, by State Representatives Lori Ehrlich and Ann-Margaret Ferrante, An Act further regulating the enforcement of illegal hunting practices (H.4131), would protect the welfare and conservation of native species important to Massachusetts ecosystems.

The Poaching Bill would (1) modernize penalties for illegal hunting, some of which are out of date by about a century, and (2) enter Massachusetts in the Interstate Wildlife Violator Compact, which already benefits every other state wildlife law enforcement agency in the continental United States. If enacted, this would end Massachusetts’ status as a safe-haven for convicted poachers whose hunting, trapping, or recreational fishing license has been suspended in any of the 48 member states.

Status: Released from the Joint Committee on Environment, Natural Resources and Agriculture. Referred to the House Committee on Ways and Means.

Take action: Please contact your state senator and state representative and urge them to help prevent poaching and support H.4131.

The Animal Legal Defense Fund is also actively supporting other key animal protection bills. To take action on these bills, please use the Animal Legal Defense Fund action alerts or contact your state senator and state representative to ask them to urge their colleagues on the committee where the bill has been referred to support or oppose. If the bill hasn’t yet had a public hearing, please plan to attend and, if you’re comfortable, provide verbal testimony (3-minute limit).

Facilitate the Adoption of Dogs and Cats Retired from Research Laboratories 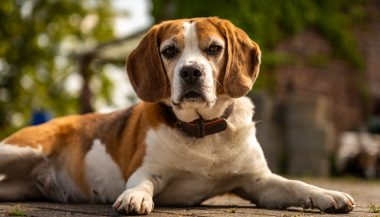 Known as the “Beagle Bill,” An Act Protecting Research Animals (S.2463), would require that dogs and cats, no longer needed for research purposes at research institutions or product testing facilities, be offered for adoption through a non-profit animal shelter or rescue or private placement, once the research ends, if a necropsy is not mandated. This provides an opportunity for these animals to live a life in a home as an adopted pet once their time in the research laboratory has come to an end – an opportunity that each of these dogs and cats deserve.

Status: Referred to the Senate Committee on Ways and Means. Released with a favorable report by Joint Committee on Environment, Natural Resources and Agriculture on January 8, 2020. Public hearing held on September 10, 2019.

Contact your legislators in support of this bill with the Animal Legal Defense Fund’s action alert!

An Act Preventing Trafficking in Ivory and Rhino Horns (S.496)  would restrict the sale of ivory and rhino horn in the Commonwealth, ending Massachusetts’ role in the global poaching crisis. It would more closely align Massachusetts commerce laws with federal interstate commerce regulations and establish a fund, with penalties assessed under the proposed law, to promote conservation and education.

Status: Referred to the Senate Committee on Ways and Means. Released with a favorable report by the Joint Committee on Environment, Natural Resources and Agriculture on January 8, 2020. Public hearing held on September 10, 2019.

Contact your legislators in support of this bill with the Animal Legal Defense Fund’s action alert!

An Act Banning the Retail Sale of Cats and Dogs in Pet Shops (H.800 and S.175) would prohibit the sale of puppies, kittens, and rabbits in pet shops unless made available in partnership with an animal shelter or rescue organization. Pet shops typically acquire their dogs and cats from inhumane commercial breeding facilities, often called “puppy mills” or “kitten mills.” Pet stores are a preferred sales outlet for puppy mills because they allow the cruelty at the mills to remain hidden from consumers.

Promote Alternatives to Animal Use in Cosmetic and Other Product Testing

An Act Concerning The Use Of Animals In Product Testing (H.823 and S.505) would require manufacturers and their contract testing facilities to use test methods that replace, reduce, or refine animal testing of products and ingredients when they are available and provide information of equivalent or better scientific quality and relevance for the intended purpose. It would apply to products such as cosmetics, household cleaners, and industrial chemicals, like those in paint. 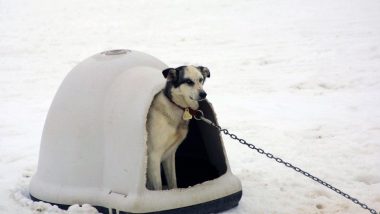 An Act Enhancing the Issuance of Citations for Cruel Conditions for Animals (H.1822 and S.989) would allow law enforcement officers to issues citations for all domestic animals, including farmed animals, in “cruel conditions” expanding upon the current law that only applies to dogs. Currently, the only tool that law enforcement officers have is a felony cruelty charge. Providing a citation with a monetary fine gives officers the ability to achieve corrective action without automatically invoking a felony prosecution. Additionally, this legislation would make a technical change, updating current law to better ensure dogs left outside and unattended are afforded protections.

An Act Protecting Consumers When Purchasing A Pet (H.1823 and S.1204) updates the state’s puppy and kitten “Lemon Law” and provides some financial protections to consumers who purchase puppies and kittens who later become ill.  Families who discover they have purchased a sick puppy from a pet shop or breeder regularly end up spending hundreds or thousands of dollars on unexpected veterinary bills, often choosing to keep the puppy or kitten in their family rather than return the animal to the seller—because they are attached to the animal and/or are concerned about what will happen if the animal is returned. These bills enhance consumer protection by requiring a better remedy, including the option for reimbursement of some medical expenses. 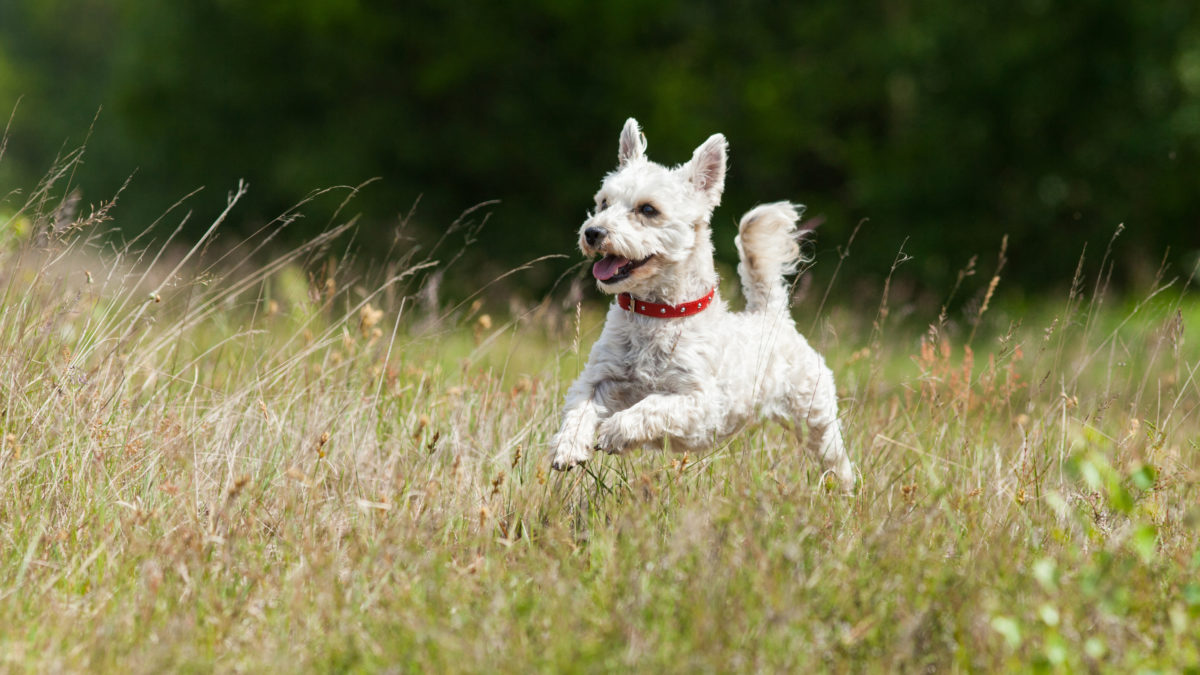 An Act Protecting the Health and Safety of Puppies and Kittens in Cities and Towns (H.1774 and S.114) would protect consumers and animals in four ways: (1) prohibit the sale of puppies and kittens under eight weeks of age; (2) require the promulgation of rules and regulations for business-related kennels used for boarding and “doggie daycare” as well as breeding kennels; (3) update laws regarding kennel licensing; and (4) end the roadside sale of puppies and kittens.

An Act Concerning the Use of Certain Insurance Underwriting Guidelines Pertaining to Dogs Harbored Upon the Insured Property (H.1037 and S.595) would prevent insurance companies from denying, canceling, failing to renew, or charging an increased premium for homeowners or renters insurance based on the breed of their dog. Policies that target specific breeds discriminate against responsible dog owners who properly train and socialize their dogs. As a result, owners unable to obtain insurance may surrender their dogs to shelters and other potential adopters may be unwilling to adopt certain breeds.

An Act to create a special commission to study the effects of rat poison on wildlife (H.3714) would establish a commission to study conflicts with rodents and recommend options for controlling rodent populations, including alternatives to rodenticides (rat poisons) such as Integrative Pest Management (IPM, and increased sanitation.

Sponsored by Representative Sean Garballey by request. Referred to the Joint Committee on Environment, Natural Resources and Agriculture. Public hearing held on September 10, 2019.

An Act prohibiting inhumane feline declawing (S.169) would prohibit cat declawing except as a medical necessity to address an existing or recurring infection, disease, injury, or abnormal condition in the claw that jeopardizes the cat’s health. Declawing is a major surgery involving amputation. It is extremely painful and can lead to lifelong behavioral problems like biting and aggression.

Released from the Joint Committee on Environment, Natural Resources and Agriculture. Referred to the Senate Committee on Ways and Means.

An Act Allowing Humane Transportation of K9 Partners also known as “Nero’s Law” (S.2423) and An Act Providing for the Care and Transportation of Police Dogs Injured in the Line of Duty (H.4230) would ensure that first responders are allowed to treat injured police dogs and to transport them to veterinary hospitals when there are no injured people requiring transport to a hospital. Known as “Nero’s Bill,” this legislation was named for the K9 partner of slain Yarmouth Police Sergeant Sean Gannon, who was fatally shot in 2018 while serving an arrest warrant. Nero was also shot and, under current state law, EMTs were unable to treat or transport him. Thankfully, in this case, a retired K9 officer eventually arrived to help Nero, who survived.

OPPOSE: Remove Restrictions on Trapping and Expand Baiting and Spotlighting

Seven bills have been filed that would legalize unusually cruel methods of killing wildlife, including the use of indiscriminate traps and snares, bait (rotting piles of garbage) that lures bears in for an easy shot, and artificial lights that “spotlight” animals to give hunters an unfair advantage. These practices are not even endorsed by most wildlife managers who otherwise support lethal wildlife management tools.

The current law, revised in 2000 by a conference committee with input from key stakeholders, made substantial concessions to the Wildlife Protection Act, providing for more local authority to issue permits for trapping and other options. Further changes are unnecessary. To protect wildlife from cruel methods of hunting and trapping, we oppose H.781, H.839, H.885, H.890, S.468, S.475, and S.479.

All bills were referred to the Joint Committee on Environment, Natural Resources and Agriculture. Public hearing held on June 25, 2019.