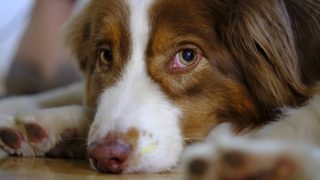 Massachusetts: Keep Animals Away from Abusers

Post-conviction animal possession bans are one of the most effective ways to ensure a person convicted of animal cruelty does not reoffend. These laws restrict an abuser’s access to animals, drastically limiting the pool of potential victims.

Pending legislation would prohibit a person convicted of serious animal cruelty crimes — including torture, mutilation, and dogfighting — from possessing, adopting, or fostering an animal for at least five years.