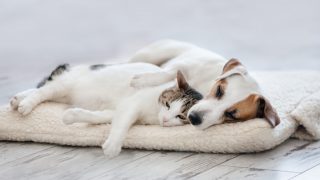 An Act relative to the ownership of pets by convicted animal abusers (S.2494)

Bars people convicted of animal cruelty from possessing, adopting, or fostering animals for at least five years after their release from custody.

Possession bans are one of the most effective ways to ensure a person convicted of animal cruelty does not reoffend. These laws restrict an abuser’s access to animals, drastically limiting the pool of potential victims. Possession bans also help stem the high rates of recidivism associated with certain types of animal abuse.

An Act to protect animals from convicted animal abusers (HD 2845/SD 796) would prohibit a person convicted of certain animal cruelty crimes from possessing or exercising control over animals for at least five years after their release from custody. This legislation is filed in the House, jointly, by Representative Tram Nguyen (D-18th Essex) and Assistant Minority Leader of the House Brad Hill (R-4th Essex) (HD 2845), and in the Senate by Senator Mike Moore (Second Worcester) (SD 796).

Current Massachusetts law prohibits animal abusers convicted of felony animal cruelty (Ch 272 Sec 77) from working with animals. However, it only explicitly allows courts to prohibit ownership of or access to animals after a conviction of animal sexual abuse (Ch 272 Sec 77C) — not after other types of animal cruelty convictions. This legal gap can lead to recidivism and needless suffering for animal victims.

This legislation addresses this gap by extending the existing possession ban, which was established as part of the state’s comprehensive PAWS II Act, to other animal cruelty crimes such as torture, mutilation, and dogfighting.

Specifically, this upgrade would prevent a person convicted of animal cruelty crimes from possessing, adopting, fostering, or exercising control over animals for at least five years for a first offense and at least fifteen years for a second or subsequent offense. Courts would have the discretion to consider each case individually and extend the possession ban for any greater length of time deemed reasonable to protect animals.

Additionally, the legislation establishes a petition process wherein a first-time offender may appeal their possession ban status if they can demonstrate rehabilitation in a number of specific ways, including that they do not present a danger to animals, they have the ability to properly care for an animal, and they have successfully completed relevant classes and counseling deemed sufficient by the court.

To facilitate enforcement, this legislation would require the court to notify relevant authorities — e.g. animal control officers, municipal dog licensing officials, special state police officers with the MSPCA and Animal Rescue League of Boston — of the duration of a possession ban.

This bill would complement Massachusetts’ strong cruelty code by providing an additional tool for law enforcement to help prevent cruelty in their communities. In fact, the legislatively-created Animal Cruelty Task Force recommended in its 2016 report that the legislature consider such a provision.

As of January 2021, 38 states and D.C. have post-conviction possession ban laws — 17 bans are mandatory and 22 are permissive. 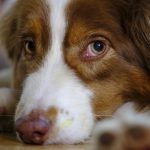 Ask your state legislators to support a bill that would prohibit people convicted of animal abuse from possessing animals for at least five years after their release from custody.