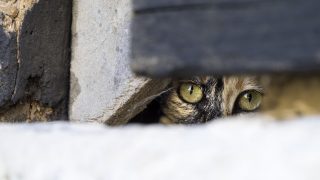 An Act Enhancing the Issuance of Citations for Cruel Conditions for Animals (H.1840/S.1097)

Provisions have been redrafted into a new omnibus animal protection bill S.2672

April 2022 Update: The civil citation provisions have been redrafted by the Judiciary Committee into a new omnibus animal protection bill. Learn more about An Act Addressing Investigations of Reports of Animal Abuse and Neglect (S.2672).

An Act Enhancing the Issuance of Citations for Cruel Conditions would allow animal control officers and special state police officers with the Massachusetts Society for the Prevention of Cruelty to Animals (MSPCA) and Animal Rescue League of Boston to issue written civil citations for certain cruel conditions. Citations create a financial incentive for animal guardians to improve conditions for domestic animals, including farmed animals. They serve as a tool for law enforcement officers to help to remediate conditions before they escalate, with the goal of reducing reliance on felony cruelty charges — an outcome in the best interests of the animals, their guardians, public safety, and the courts.

If you live in Massachusetts, please take action to support this bill.

There are situations in Massachusetts that could or would benefit from early intervention. In 2016, Westport, Massachusetts, saw the largest animal cruelty investigation in New England’s history — over a thousand domestic animals, including farmed animals, were kept in deplorable and dangerous conditions with inadequate food, water, or shelter, many of them suffering from severe health ailments. Hoarding cases, often involving cats, occur too frequently in the Commonwealth.

This critical animal protection legislation is filed in the House by Rep. Angelo Puppolo (D-12th Hampden) and in the Senate by Sen. Mark Montigny (D-Second Bristol and Plymouth). It was referred to the Joint Committee on the Judiciary and heard on May 19, 2021. This legislation has broad support from the animal protection community, including the Animal Legal Defense Fund, the Animal Rescue League of Boston, the Humane Society of the United States, the Massachusetts Society for the Prevention of Cruelty to Animals (MSPCA), and the Massachusetts Veterinary Medical Association (MVMA).

Law enforcement and animal control officers agree that the current citations law for dogs has effectively changed human habits and protected dogs. This legislation allows for the issuance of civil citations for more animals, providing a financial incentive for correcting citations, avoiding the protracted process of felony prosecution, and preventing animal suffering and death.