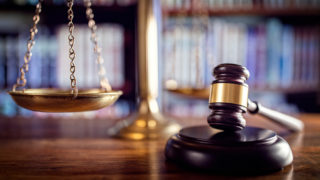 The Animal Legal Defense Fund provides these resources to help you learn how animal protection laws function within the legal system.

Animals and the Law

The field of animal law is complex. Use these articles as a guide to understand the fundamentals.

People who hurt animals don't stop with animals. There is an established link between cruelty to animals and violence toward humans — regularly referred to as “The Link.”
More Information

This is a brief guide to the main federal laws and agencies involved with animal testing. As you'll see, there are few laws protecting laboratory animals, and little regulatory oversight to ensure compliance with these laws.
More Information

Simply defined, animal law is the combination of statutory and case law that relates to or has an impact on nonhuman animals. It encompasses companion animals, wildlife, and animals used in entertainment, research, and raised for food.
More Information

Do you need help with a specific legal situation involving an animal? Our guides below are provided with that end in mind.

How to Help a Neighbor’s Neglected Animal

It can be heartbreaking to see a neighbor’s animal suffering in a situation of neglect. Depending on the situation, there are various ways you can help the animal or animals involved.
More Information

You may be sued if your dog bites a person or attacks another animal.
More Information

Animal law is a relatively new, and growing, specialty within the law, and an increasing  number of lawyers specialize in cases involving animals. In most cases it is not necessary to find an attorney who specializes in animal law specifically.
More Information

This is a basic overview of what to expect if you are involved in a custody battle involving animals, along with helpful tips. It's not a substitute for an attorney.
More Information

How to help a neighbor’s neglected animal

Animal neglect is the failure to provide basic care required for an animal to thrive. At first glance, such cases may seem less egregious than a single, brutal act of violent abuse, but severe neglect can mean extended periods of extreme suffering.
More Information

Tips for Writing to Law Enforcement

Whether writing to a prosecutor, sheriff, investigator or judge, there is no substitute for the most effective way of communicating: letters.
More Information

Damages for Death or Injury of an Animal

This is a broad overview intended to be useful to caregivers of animals who have been injured or killed.
More Information

The Collaborative Response Project supports a multidisciplinary response to animal crime through a partnership between local law enforcement agencies and a community veterinarian.
More Information

Concerned about animal abuse facilitated by Craigslist posts, an Animal Legal Defense Fund supporter began responding to “pet” ads in September 2020. After responding to more than 400 ads, the supporter shares their experiences and tips for helping protect animals being traded on the platform.
More Information

While Craigslist officially bans the sale of companion animals, in reality such sales are common on the platform, with sellers often using the term “rehoming” in order to skirt the ban. Scams are widespread, with unethical breeders and dealers frequently selling animals who are sick, stolen, or even nonexistent.
More Information

The fur industry kills more than 100 million animals every year. Most of these animals, including minks, foxes, and chinchillas, endure extreme cruelty before being slaughtered. Help protect these animals by passing a fur sale ban in your city or county.
More Information

The Animal Legal Defense Fund is expanding its existing “seed grant” program to also offer emergency grants to law schools who have had to cancel an animal law course for COVID-19 related reasons.
More Information

It’s critical to stay vigilant and report suspected animal cruelty to local law enforcement whenever you see it. Here are the facts about dogfighting and the warning signs you should know.
More Information