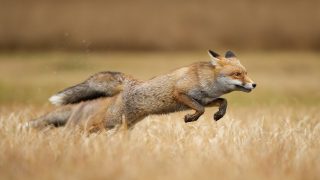 Add your voice to the Animal Legal Defense Fund's initiatives to improve the lives and advance the interests of animals through the legal system.

Though Craigslist has formally banned the sale of animals through its platform, sales continue. Claiming the animals — ranging from farmed animals like pigs to dogs and cats — are being “re-homed” instead of sold, unscrupulous breeders and mill operators are still advertising and selling animals through the website to unsuspecting families.
Take Action

For years, concerned residents have voiced their outrage over the killing of Canada geese rounded up in parks across Denver. As a taxpayer, you have the right to know how Wildlife Services uses your dollars and whether its methods are humane and science-based. If you agree that Wildlife Services should operate with transparency, sign our petition.
Take Action

Though Craigslist has officially banned the sale of animals, animals are routinely sold on its platform. Farmed animals including pigs to dogs and cats to lizards and snakes continue to be advertised and purchased on Craigslist under the guise of “re-homing.”
Take Action

Please take a few minutes to tell Target to remove all Dairy Farmers of America products from its shelves, including DairyPure and TruMoo.
Take Action

Check for state-level actions you can take:

You can help ensure that strengthening the state’s animal protection laws is a priority in the 2021-2022 legislative session in Massachusetts. Urge your state legislators to co-sponsor a list of critical animal protection bills.
Take Action

Rhode Island: Urge the Senate to Protect Animals Killed for Their Fur

In Rhode Island a bill to ban the sale of new fur products, including clothing and fashion accessories, (HB 5188 A) has passed the House and is being considered by the Senate.
Take Action

Communication between government agencies is critical to helping ensure multiple forms of abuse — including animal abuse — is exposed and addressed. By mandating cross-reporting between groups like veterinary clinics and child protection agencies, we can help protect our most vulnerable populations.
Take Action

S.1176 / A.1365, championed by Senator Nilsa Cruz-Perez and Assembly Member Daniel Benson, would prohibit harassing or killing certain wildlife at competitive events and is now being considered by the New Jersey Legislature.
Take Action

A.4540/S1175 provides civil and criminal immunity to persons who in good faith enter a motor vehicle to rescue an animal if the person reasonably believes that the animal is in immediate danger.
Take Action

Puppy mill operators maximize their profits by producing large numbers of puppies as quickly as possible. As a result, unsanitary conditions, disease, and neglect are rampant. Sign our pledge to boycott puppy mills. Together we can end cruel puppy mills.
Take Action