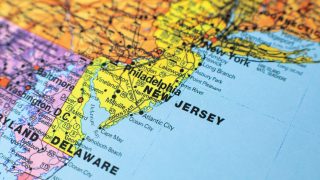 The Animal Protection Laws of New Jersey compendium contains the general animal protection and related statutes for New Jersey with an effective date on or before September 1, 2021.

New Jersey Cost of Care Bill (A.2354/S.981)
Currently, New Jersey animal care agencies bear the cost of caring for animal cruelty victims, an expense that can be financially overwhelming. The Cost of Care bill would address this problem.
Read More

Prohibiting the Sale of Cosmetics Tested on Animals (New Jersey)

Bill A1967 would prohibit the irresponsible practice of intentional and unintentional feeding of black bears, to reduce human-bear encounters.
Take Action

Caring for animal cruelty victims can be extremely costly — especially in large-scale or lengthy cases. Proposed bills A.2354/S.981 will allow animal shelters and nonprofits to file for cost of animal care, helping the victims of animal cruelty.
Take Action

Tell legislators that you support a bill that would create a Courtroom Animal Advocate Program (CAAP) in New Jersey.
Take Action

A.502 would prohibit harassing or killing certain wildlife at competitive events and is now being considered by the New Jersey Legislature.
Take Action