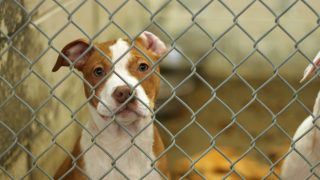 Currently, New Jersey animal care agencies bear the cost of caring for animal cruelty victims, an expense that can be financially overwhelming. The Cost of Care bill would address this problem.

In animal cruelty investigations, animal victims may be lawfully seized and placed in the temporary custody of an animal care agency, such as a municipal animal shelter or nonprofit rescue organization.

The cost of caring for animal cruelty victims can be significant — especially in lengthy or large-scale cases, such as those involving animal fighting rings. Veterinary and other expenses can become financially devastating.

Now, New Jersey has a chance to become the next state to enact a “cost of care” law. 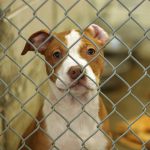 Urge your representatives to support this bill and the animal organizations that care for animal cruelty victims.

A bill currently being considered by state lawmakers, A.2354/S.981, would fill an important need: protecting animal shelter and nonprofit organizations from being overwhelmed by the cost of caring for cruelty victims.

In states without “cost of care” laws, the lack of a mechanism for agencies to recover their expenses can divert resources from other animals in need and negatively impact the effective enforcement of anti-cruelty laws. This legislation, if enacted, would benefit animal victims and allow agencies to continue to provide their normal services.

The Animal Legal Defense Fund strongly supports A.2354/S.981. If you’re a New Jersey resident, you can take action by contacting your to state legislator and urging them to support this important bill. Learn more about New Jersey’s laws protecting animals at aldf.org/newjersey.