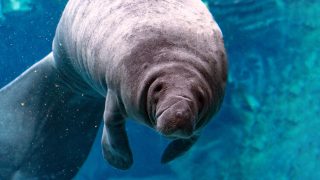 The Edge of Extinction: Hundreds of Vulnerable Animal Species in Danger under Endangered Species Act Rollbacks

Last week, the Trump administration announced distressing changes to the Endangered Species Act (ESA) – weakening one of our nation’s most important animal protection laws. The ESA has prevented the extinction of numerous iconic American animals including the northern gray wolf, the bald eagle, the Florida manatee, and the grizzly bear. 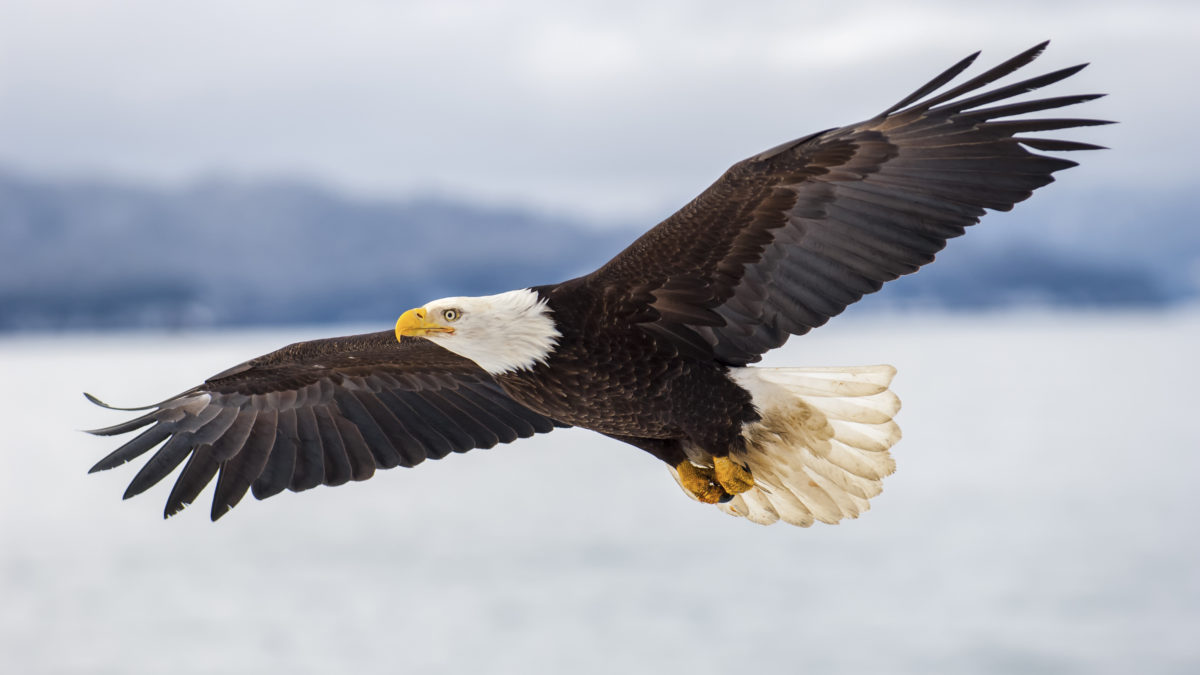 The rollbacks come at a critical juncture in our planet’s history. We are living in what scientists call the “sixth extinction” – the sixth time in the Earth’s history that wildlife and plant species have disappeared at such a rapid rate. According to a recently released report from the U.N., an estimated one million plant and animal species are teetering on the edge of extinction and may not survive our lifetime.

Unlike previous mass extinction events, humans are driving the sixth extinction. And only humans can stop it. Now more than ever we need strong and effective laws protecting the Earth’s most vulnerable residents.

What are some of the biggest changes to the Endangered Species Act under the new rules?

Why is the ESA being weakened?

The ESA has faced numerous challenges from major industries, including oil and gas, logging, and animal agriculture, since its passage in 1973. These industries want the ability to exploit the Earth’s natural resources (and public lands) in order to maximize their profits, without regard for the impact on animals, the environment, and the climate crisis. Now they’re getting their wish – the new rules prioritize short-term financial gain over the survival of endangered animals and the preservation of their habitats.

How is it easier to delist threatened and endangered species?

The original regulations included several examples for why a species could be delisted, including the recovery of the species. The new section no longer includes that example or references “recovery,” meaning a species could be delisted even if they are not recovering. The rule also eliminates the requirement that the scientific and commercial data “substantiate” a species’ delisting.

These changes are alarming because (1) they lower the bar for delisting a species and (2) signal that the government may be able to delist before the population has recovered – defeating the purpose of the ESA, which is to protect and recover imperiled species. 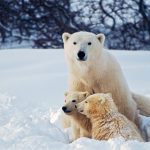 Protect the Endangered Species Act and Save Animals From Extinction

The federal Endangered Species Act (ESA) is a critical tool in our work, and we must expand the protections it grants, not roll back the incredible progress it’s made. Add your name to the petition to show your support!

How does including economic impact in ESA decisions hurt animals?

Before, decisions about whether a species should be protected (listed as endangered or threatened) were made “solely on the basis of the best available scientific and commercial information regarding a species’ status, without reference to possible economic or other impacts of such determination.” Determinations were driven by scientific analysis.

The revised rule removes the phrase “without reference to possible economic or other impacts of such determination.” Now the government can consider whether the decision to list a species as endangered will hurt a company’s bottom line.

Imagine this scenario: an imperiled species of owl lives in a forest where a company would like to engage in logging. Under the original regulation, when the U.S. Fish and Wildlife Service (FWS), one of the two agencies charged with implementing the ESA, considered whether to list the owl, it would consider factors such as the “present or threatened destruction” of the owl’s habitat and “disease or predation.” While those factors still exist under the new rule, the FWS can also take into account the logging company’s claims that not allowing it to log in the owl’s habitat may possibly diminish its year-end profits and limit the local economy.

It’s important to note that claims that the ESA hurts commerce are often incredibly short-sighted. They ignore the economic benefits of wildlife-related tourism and the cleaner air and water that come with protecting critical habitats. In the long run, healthier ecosystems benefit humans and animals alike.

How are threatened species impacted specifically?

In 2016, the Animal Legal Defense Fund scored a groundbreaking victory when the U.S. District Court for the Northern District of Iowa found that a roadside zoo’s poor conditions and substandard care of four endangered tigers and three lemurs violated the ESA. Two years later, a three-judge panel of the Eighth Circuit upheld the district court’s ruling. The decision set an important precedent for the many endangered and threatened animals languishing in captivity in zoos, roadside zoos, and private homes across the United States.

The FWS recognizes that captive animals require different considerations from their counterparts in the wild, which makes the agency’s consistent failure to issue species-specific rules especially problematic. And as explained in the previous section, animals newly classified as threatened living in captivity will no longer automatically receive ESA protections, leaving them susceptible to mistreatment. A roadside zoo could keep a threatened animal in deplorable conditions, and there will be fewer recourses to protect her.  Similarly, a canned hunting ranch could breed and kill threatened animals without applying for an ESA permit.

How do the new rules undercut the government’s ability to consider the climate crisis’ impact on animals?

It is now more difficult to designate an area as “critical habitat” – the areas considered crucial to protect a threatened or endangered species. Habitat loss, fueled by human development and the climate crisis, is the primary cause of extinction. Animals need habitats that meet their species’ unique biological needs.

But the revised language states the government may decline to designate a habitat as critical if the threats to the habitat are ones that the agency cannot address, like the climate crisis. Considering the climate crisis is the biggest long-term threat facing animals (and humans), excluding it in decisions is absurd.

The new rule also limits the designation of habitats that have features that a species needs to thrive if the species doesn’t currently live there. However, many animals will need to expand or shift their ranges in order to survive as their original habitats are destroyed or fundamentally altered by the climate crisis. 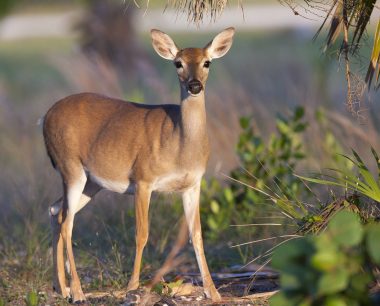 The Key deer, a subspecies of the North American white-tailed deer, underscores the importance of protecting habitats threatened by climate change. Key deer (currently classified as endangered, though the government recently stated it intends to delist the species) live on only a few dozen islands in the Florida Keys. They face numerous obstacles, including disease and human encroachment. But rising sea levels and hurricanes (which are becoming increasingly destructive due to the climate crisis) are two of their biggest threats. As sea levels continue to rise, their habitat will shrink. Their extinction is almost certain unless both their remaining habitat and new habitats that they don’t currently occupy are protected.

When deciding whether a species is threatened, the government considers whether the animal is likely to become endangered within the “foreseeable future.” The new rule limits “foreseeable future” to “only so far into the future as the Services can reasonably determine that both the future threats and the species’ responses to those threats are likely.” This makes it more difficult to incorporate longer-term impacts of the climate crisis into decision making, especially when predicting events that may not occur until years – or decades – into the future such as the impact of disappearing sea ice on polar bears. 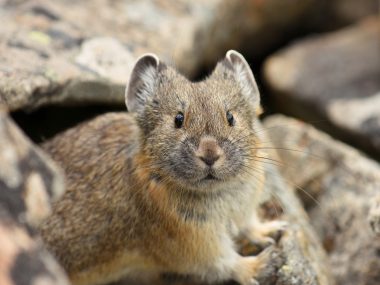 For example, the pika (a small furry animal related to rabbits) lives in mountainous areas where it’s cool and moist. Pikas need snowpack in the winter and mild summers to survive. Frustratingly, the FWS has already declined to list the pika twice in the last ten years despite scientists’ warnings that pikas will likely be extinct within the next 100 years due to warming temperatures. The new rule could make it even harder to list the pika moving forward.

How does the Animal Legal Defense Fund use the ESA to protect animals?

We rely on the ESA to defend animals in many ways – from contesting the construction of a border wall that could push dozens of animals to extinction, to advocating on behalf of animals who are bred just to be killed in canned hunts, and petitioning to list new animals under the ESA. We also regularly use provisions of the ESA to secure the transfer of animals living in squalid conditions in zoos to sanctuaries – including ring-tailed lemurs, tigers, lions, and bears.

It’s one of our most important legal tools to protect the lives of animals. That’s why the Animal Legal Defense Fund is committed to fighting the government’s rollbacks on this law. Join us – stand up for the Endangered Species Act and the animals who rely on it for their survival.