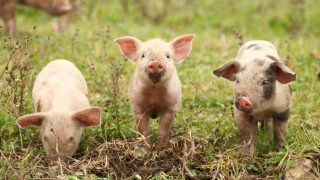 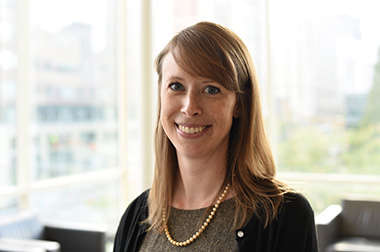 Mary Walsh is entering her fourth year of law school in the part-time evening program at Cleveland-Marshall College of Law. She has served as president of the C-M Law Student Animal Legal Defense Fund chapter since she reactivated it in 2018. In the past two years, C-M SALDF has obtained an ALDF seed grant and successfully petitioned the law school administration to offer an animal law course beginning in the fall of 2020. The chapter was also awarded five-hundred dollars from the Student Bar Association to partner with a volunteer organization – Pet Partners – to bring therapy animals to campus during exam reading week. The chapter worked with the law school’s administration to draft a policy to allow the animals on campus and also worked with the library staff to create an indoor space for the animals to visit. The C-M SALDF partnered with Cleveland-Marshall’s Environmental Law Society to host a Skype event with Nick Fromherz, Senior Attorney at Sea Shepherd Legal and Visiting Assistant Professor at Lewis & Clark Law School, and two of his colleagues. Additionally, one of the C-M SALDF officers was awarded a travel grant to attend the Animal Legal Defense Fund’s Student Convention in the fall of 2019.

What Animal Legal Defense Fund student chapter activities are you proudest of and why?

I am most proud that Cleveland-Marshall is offering an animal law class in the fall, just in time for me to take before graduating. I chose to attend Cleveland-Marshall because it offers a part-time evening program that allowed me to continue to work during law school. But I also went back to law school specifically to learn animal law and practice it someday, and Cleveland-Marshall had not offered a course in animal law for several years. I knew that I would have to advocate for the course, and I have spent a lot of energy in doing so. To see that hard work translate into an animal law course that I will have the opportunity to take is incredible.

Any other noteworthy experience?

Beyond my involvement in the ALDF student chapter, I used my electives to build an animal law curriculum for myself. I took a Public Administration & Policy course in which a classmate and I drafted legislation to remove the loophole in Ohio law that gives immunity to criminals who harm animals during the commission of the crime. We met with a local attorney who prosecutes most misdemeanor cruelty cases in Ohio and asked what we could do to help him. That conversation led to draft legislation, which the Legislative Service Commission wrote up for us and is currently with the Animal Law committee of the Ohio State Bar Association for consideration. I also wrote on to Cleveland State Law Review because I wanted to write a Note on an animal law topic. That Note, entitled “Feeding Fido: The Case for Restitution in Ohio Animal-Cruelty Convictions,” was selected for presentation at the ALDF Student Convention last year. As part of the weekend presenting at the convention, I was also able to attend the Animal Law conference and connect with many new colleagues in the field. The Note is also being published in Lewis and Clark’s Animal Law Review this year.

What is an animal law related goal of yours for the upcoming academic year?

I hope that I can build on the momentum of the animal law course at Cleveland-Marshall to strengthen the membership in our ALDF student chapter. I do not want the chapter to fall dormant again after I graduate. The interest that a course in animal law has garnered at our school will help increase our membership in the SALDF. Additionally, our chapter had intended to host the Chief Legal Officer and the Zoo Director of the Cleveland Metroparks this spring to talk about international animal welfare and trafficking issues, but COVID-19 hampered that and so I am hopeful that we can host it in the upcoming academic year.

What are your plans/goals for post-graduation?

Ohio is moving to the UBE this year which opens up so many more post-graduation opportunities. I am constantly learning about roles that I can pursue in the field and each time I learn of a new role, I want to be something new when I grow up. Some days I want to prosecute cruelty cases. Other days I want to advocate through a legislative role. And some days I want to be the Secretary of Agriculture or of the Interior. While I am not sure which particular path I want to take after graduation, I know that it will be within the field of animal law. As long as I am using my education and my voice to advocate for the animals, I will be content.

What is one piece of advice that you’d like to pass on to other Animal Legal Defense Fund student chapter leaders?

Do not ever give up. Even if no one else has your passion for animal law, be persistent and you will be amazed at what you can accomplish. You may have to advocate even harder because of the resistance to animal law, but that will make you a better lawyer someday. I was told in orientation 1L year that networking is everything in the legal profession and I was completely averse to formal networking. But it turns out that if you are passionate about animal law, your professors will begin to take note and will reach out to you to see how they can help you network. I had professors approach me because they wanted to help me create externships in the field, or because they just wanted to learn more about animal law. Your passion can win over others and you should never stop advocating.

Learn more about the other 2020 Advancement in Animal Law Scholarship winners.