Challenging University of Wisconsin’s Censorship of Speech on Social Media

Krasno v. Board of Regents of the University of Wisconsin

The Animal Legal Defense Fund filed a lawsuit on behalf of a former employee of one of UW-Madison's primate research labs, who has been prevented from posting truthful comments on the school's otherwise public Instagram and Facebook posts because they are critical of the university’s storied history of animal testing.

On February 10, 2021, the Animal Legal Defense Fund filed a lawsuit on behalf of Madeline Krasno, a former employee of the University of Wisconsin-Madison’s controversial primate research labs, who has been prevented from posting truthful comments on the university’s otherwise public Instagram and Facebook posts because they are critical of the university’s storied history of animal testing.  Because UW-Madison is a public university, the complaint alleges the ban on Krasno’s participation on its Instagram and Facebook posts violates Krasno’s constitutional right to engage in protected speech.

As an animal lover, Krasno was inspired to study zoology at UW-Madison, with a goal of working in the field of primate conservation. Seeking hands-on experience with primates, she worked as a student caretaker for primates at the university’s Harlow Center for Biological Psychology for approximately two years — an experience that exposed her to the harsh realities of animal testing.

While working with primates at the facility Krasno witnessed the subjects of the university’s extensive animal testing. Krasno viewed firsthand a monkey who’d been subjected to an invasive cranial procedure that left an opening in his skull that was covered with a so-called “headcap,” who shook his cage bars and reached out his hands to grab in vain at passing humans. She witnessed a mother monkey and her newborn who screamed as they were separated so the newborn could be branded, an infant monkey who died in Krasno’s hands during a seizure, and a mother monkey who clutched her dead newborn for more than a full day until Krasno and a coworker were directed to separate her from the baby–a distressing experience that ended with the mother pressing her lips to the baby’s head before retreating alone into a transport cage. Her reactions to the experiences she had at the facility led Krasno to later diagnosis with post-traumatic stress disorder.

Krasno feels compelled to share her firsthand experiences in order to advance the public discourse about animal testing and provide truthful information about what happens to primates in research labs. However, UW-Madison — a public university that receives significant federal and state government funding — has improperly restricted her ability to engage on its social media channels.

The primate research conducted at UW-Madison’s Harlow Lab and Wisconsin National Primate Research Center have long been the subject of controversy.  In 2014, the Animal Legal Defense Fund filed a lawsuit over the university’s failure to provide certain public records related to its inhumane and taxpayer-funded “maternal deprivation” tests, in which newborn monkeys were intentionally separated from their mothers to study the results on the newborns’ psychological development. The Wisconsin Fourth District Court of Appeals ruled in 2017 that the university needed to disclose public records related to these taxpayer-funded experiments on infant monkeys. Most recently, in 2020, the United States Department of Agriculture (USDA) cited UW-Madison for serial Animal Welfare Act (AWA) violations, including improper handling resulting in at least 20 incidents of nonhuman primates requiring amputations of body parts such as hands, feet, digits, and tongues.

Who is being sued, why, and under what law? University of Wisconsin–Madison for violating Krasno’s first amendment rights to free speech.

What court is the lawsuit filed in? U.S. District Court for the Western District of Wisconsin

Why this case is important: Nonhuman primates, such as apes and monkeys, are highly intelligent animals with complex psychological and physical needs. But current regulations do not impose specific standards for a physical environment that is adequate to ensure the psychological well-being of nonhuman primates used in research.

The University of Wisconsin–Madison is infringing on Krasno’s first amendment right to speak publicly on social media about her experience working in the research lab and the harm caused to nonhuman primates. 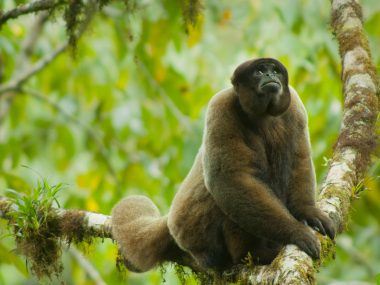 In January 2022, the Constitutional Court of Ecuador issued a landmark ruling that individual wild animals are subjects of legal rights under Ecuador’s “rights of nature” constitutional provision. The case involved a woolly monkey who was taken from the wild as a baby and kept unlawfully in a private home for 18 years.
January 4, 2023 Wildlife 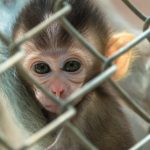 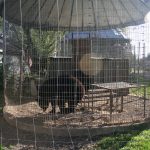