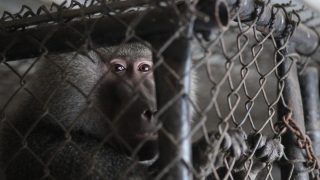 Prior to today’s victory, Judge Wittig, who ruled in the 2019 decision, found that the animals were living in “deplorable” conditions with enclosures that were “subpar in all manners.”

The Animal Legal Defense Fund is a harsh critic of the U.S. Department of Agriculture (USDA) and its lax enforcement mechanisms to hold animal exhibitors accountable for violations of the federal Animal Welfare Act. The organization filed a lawsuit against the USDA for reissuing an exhibitor license to Cricket Hollow Zoo, as it had undeniable evidence the facility did not meet the standards for renewal. As a result of that lawsuit, the USDA revoked Cricket Hollow Zoo’s license in 2017.

In a previous lawsuit against Cricket Hollow Zoo, the Animal Legal Defense Fund set another critical legal precedent: That the Endangered Species Act applies to listed species in captivity, as well as those in the wild. That lawsuit, decided in 2016 by the U.S. District Court for the Northern District of Iowa and affirmed by a three-judge panel of the Eighth Circuit in 2018, concerned the treatment of four tigers and three lemurs. An additional Animal Legal Defense Fund lawsuit filed in 2016 against Cricket Hollow Zoo resulted in the rescue of two African lionesses — Jonwah and Njjarra.