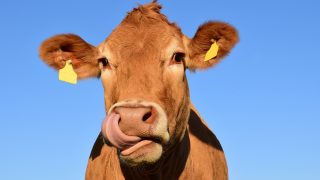 Des Moines, IA– Today the U.S. District Court for the Southern District of Iowa struck down the Iowa Ag-Gag law, holding that the ban on undercover investigations at factory farms and slaughterhouses violates the First Amendment. In 2017, the Animal Legal Defense Fund led a coalition of animal, environmental, and community advocacy groups in challenging the law’s constitutionality. Federal courts similarly struck down Ag-Gag laws in Idaho and Utah as unconstitutional.

“Ag-Gag laws are a pernicious attempt by animal exploitation industries to hide some of the worst forms of animal abuse in the United States,” says Animal Legal Defense Fund Executive Director Stephen Wells. “Today’s victory makes it clear that the government cannot protect these industries at the expense of our constitutional rights.”

The Animal Legal Defense Fund is the nation’s preeminent legal advocacy organization for animals and led coalitions to strike down Ag-Gag laws in Idaho and Utah. Litigation against the North Carolina Ag-Gag law is ongoing.