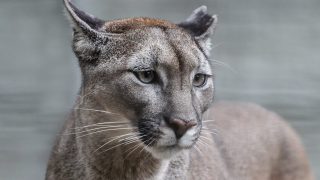 DES MOINES, Iowa – Today the Animal Legal Defense Fund filed a contempt motion against Cricket Hollow Zoo and its owners, seeking the whereabouts of more than 100 animals who disappeared prior to a court-ordered rescue.

In late November, an Iowa judge ordered Cricket Hollow Zoo and its owners to relinquish all the animals held at the roadside zoo in Manchester, Iowa, because the animals there were severely neglected and mistreated in violation of Iowa’s public nuisance code. The zoo’s owners were “enjoined from ownership of exotic animals or wildlife” now and in the future.

But when rescuers arrived on Dec. 9 to remove the animals and transfer them to reputable sanctuaries and rescues for rehabilitation, many were nowhere to be found. The missing animals included five grizzly bears, two mountain lions, one camel, one wolf hybrid, a fennec fox, opossums, coatimundis, several species of birds, snakes and reptiles, and more. Other animals, including llamas, ponies, and an alpaca, had been released into an adjacent field, making it extremely difficult to locate, identify, and rescue exhibited animals; other animals, including rabbits, were hidden from view in the zoo owners’ barns and sheds. Cricket Hollow Zoo’s owners refused to disclose the location of the missing animals.

However, when rescuers returned on Dec. 12, it was discovered that some animals who were subject to the court order had been returned to their cages. These included two opossums, one coatimundi, eight sugar gliders, two macaws, three cockatiels, 10 parakeets, and one crested gecko. Rescuers believe the Cricket Hollow Zoo’s owners had hidden some of these animals during the initial rescue, in an attempt to thwart the court-ordered rescue.

The most recent court filing seeks the whereabouts of the missing animals, and to hold Cricket Hollow Zoo and its owners accountable for violating the court’s order that the animals be removed by rescuers. A contempt order can result in a monetary fine of up to $500 per violation and up to six months in jail.

“We are deeply concerned about the well-being of the animals who are missing — and fear many of the animals have been sold or are deceased,” says Animal Legal Defense Fund Executive Director Stephen Wells. “We are dedicated to locating any missing animals, who were sold in violation of the court order, and ensuring their safety.”

On November 25, 2019, Iowa District Court Judge Monica Wittig found in favor of the Animal Legal Defense Fund in its lawsuit against Cricket Hollow Zoo. The lawsuit, brought in 2018, alleged Cricket Hollow Zoo chronically violated Iowa’s public nuisance code because the zoos’ neglectful treatment of animals was unreasonably offensive to the public. The court found that the owners’ neglect of more than 300 animals was well-documented over the past decade.

To illustrate, USDA inspection reports detailed animals suffering in filthy enclosures without adequate food, water, or veterinary care. Observers documented animals — including bears, raccoons, angora rabbits, cougars, a camel, and a donkey — who were kept in cages with rotten food, feces, and dirty, standing water. Baboons, nonhuman primates who are intelligent, social animals and naturally live in troops of around 50, were kept in isolation at the zoo. One baboon named Obi was confined alone after being taken away from his mother and died after repeatedly banging his head against his enclosure — a clear indication of distress. Visitors reported seeing a capuchin monkey named Cynthia similarly distressed, constantly biting her tail and pulling out her hair. Rescued macaques suffered as a result of similar self-mutilation. On multiple occasions, Cricket Hollow Zoo even left live animals trapped in cages with the decomposing bodies of other animals.

Cricket Hollow Zoo is not an isolated case of animal abuse at a roadside zoo. These facilities continue to operate due to a patchwork of mostly-lax state and federal laws, and lax enforcement of those laws. We will continue to work for stronger legal protection and enforcement for animals — and challenge individuals who keep animals in these types of cruel conditions.

A copy of the contempt motion is available upon request.