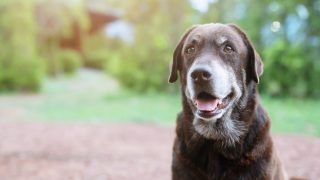 “The science tells us that animals feel and perceive things, and we’re simply seeking to recognise that under law.” – City Services Minister Chris Steel

The Australian Capital Territory (ACT) has passed important legislation recognizing that animals are sentient, having the ability to “subjectively feel and perceive the world around them.” The Animal Welfare Legislation Amendment Bill, which passed on September 26, 2019, amends the ACT’s Animal Welfare Act of 1992. The ACT — a federal territory that is home to Australia’s capital city, Canberra — is the first jurisdiction in Australia to statutorily recognize animal sentience.

Modern animal welfare is about considering how an animal is coping both mentally and physically with the conditions in which it lives. For the first time under law we are recognising the science, that animals are sentient, and they feel emotion and pain. This legislation will enable better enforcement of laws to protect animals.

The bill also amends the previous legislation to recognize that animals have “intrinsic value” and deserve a quality of life that reflects this. Further, people have a duty to care for animals’ “mental welfare,” along with their physical well-being.

The statements about animal sentience, intrinsic value, and mental well-being replace the previous “objectives” of the ACT’s Animal Welfare Act.[1] Importantly, the section as amended also contains a policy statement about how these objectives are to be achieved, including the enforcement of relevant laws:

OBJECTS OF THE ACT:

Among other provisions, such as increased penalties for hitting or kicking an animal, the amendments also prohibit electric shock collars for dogs and shield from civil and criminal liability those who forcibly enter a locked vehicle to rescue an animal in distress. While electric shock collars for dogs are still legal in the U.S., several states have passed similar “Good Samaritan laws” that empower citizens to rescue unattended animals left in hot cars.

The legislation also includes new affirmative duties to provide a clean and hygienic living environment, appropriate grooming and maintenance, and, more generally, “care that is appropriate for the animal’s wellbeing” (in addition to food, water, shelter, veterinary care, and opportunities to display normal behavior, which were already mandated). It also includes a new criminal offense, “failure to exercise dog.”

While the previous version of the law did include an exercise provision, it was more general, stating that a person in charge of a confined animal must provide them with “adequate exercise.” The amendment provides more specific guidance for dogs — and significantly increases fines for failure to comply — stating:

A person in charge of a dog commits an offence if —

Although some media outlets reported that people would be fined if they did not walk their dogs daily, the new legislation does not mandate that specific action. Rather, it outlaws only the most egregious forms of confinement, such as caging or chaining a dog for prolonged periods of time.[3] The legislation clarifies that a person is not in violation of the above if “the dog is kept in a yard or residence in a way that it can move freely.”

Why this Legislation is Important

Animals are still classified as property under the law in the U.S., Australia, and worldwide. While a few areas of the law clearly distinguish animals from inanimate objects, this legal status is inherently problematic. It not only creates obstacles to advocating for animals through the legal system, but also fails to recognize their nature as living, feeling beings with their own interests.

Though recognition of animal sentience does not necessarily negate their property status, it is significant to see concepts like sentience, intrinsic value, and mental well-being enshrined in laws pertaining to animals. The addition of an exercise requirement for dogs, though minimal, is also important, and noteworthy for its relative rarity.

Most neglect laws in the U.S. mandate only that animals be provided with food, shelter, and water (and sometimes basic veterinary care). When properly enforced, these laws serve an important function in differentiating animals from other types of property, and shielding them from the worst forms of neglect. However, animals have other important psychological, social, and emotional needs not generally addressed by animal cruelty and neglect laws.

In this sense, the ACT legislation is significant. It expressly recognizes important animal needs, such as exercise and mental well-being, and in so doing, makes a clearer distinction between animals and mere property under the law.

This legislation unequivocally recognizes that animals possess interests that should be respected by society and the legal system, which is an important symbolic victory. It remains to be seen what, if any, positive effect this law will have on animals in the ACT. Enforcement and statutory interpretation will be important components in determining its real-word impact.

The real-world impact of the new legislation will also be limited by the animals to whom it is applied. Although the ACT’s Animal Welfare Act does not expressly exempt farmed animals or husbandry practices (common in U.S. animal cruelty laws[4]), the amendments may still primarily affect companion animals only.

Although this law applies to all domestic animals,[5] Australia has separate “codes of practice” regarding treatment of farmed animals, which are legislated in some jurisdictions.[6] Even when they do not have the force of law, codes of practice may take precedence as accepted policy. Australian attorney Jane Kotzman writes in The Conversation:

The term “animal” is defined in the legislation to broadly include vertebrates such as mammals (excluding human beings), birds, fish and reptiles. However, the animal welfare offences created by the act don’t apply where the relevant conduct is in accordance with a code of practice. In other words, animal industry practices that might otherwise be considered animal cruelty are exempted from the requirements of the legislation.

However, some in the ACT government opposed the new bill because they worried that it would, in fact, affect animal agricultural practices. As reported by the Sydney Morning Herald, an opposition member proposed an amendment to clarify that the legislation did not apply to “humane” farming practices, but it was rejected:

Urban Services Spokeswoman Nicole Lawder put forward an amendment designed to ensure the laws did not ban “responsible and humane” farming, scientific research or cultural and recreational activities. . . But Labor and the Greens rejected the amendment, with Mr. Steel saying it would make the bill more ambiguous and harder to enforce.

While it is uncertain whether this law will affect animals in agriculture, the ACT has been a leader in farmed animal protection legislation in Australia. In 2014, it became the first Australian jurisdiction to ban gestation crates for pigs and battery cages for hens used by the egg industry – two of the most extreme and cruel methods of confining farmed animals. The same legislation also banned debeaking of chickens.[7]

The ACT joins several other international jurisdictions that have recognized animal sentience in their laws. The European Union recognized animals as “sentient beings” in 2007 with an amendment to the Lisbon Treaty, the European Union’s governing document. In 2015, Colombia, France, New Zealand, and the Canadian province of Quebec amended their laws to recognize animals as sentient beings. In 2018, Slovakia updated the definition of “animals” in its civil code to reflect that they are living beings rather than things.

Some U.S. state legislatures have also addressed animal sentience. For example, the Animal Legal Defense Fund helped enact legislation in Oregon in 2013 recognizing that “animals are sentient beings capable of experiencing pain, stress and fear” and that “animals should be cared for in ways that minimize pain, stress, fear and suffering.”

This is exemplified in Oregon’s animal cruelty law mentioned above, which not only recognizes and defines animal sentience, but also includes a section about minimizing those negative mental and physical states that animals can experience as a result of being sentient.

Likewise, the ACT’s law recognizes and defines animal sentience while also including a policy statement about the enforcement of pertinent laws — a crucial component of any effective animal protection law. It therefore sets a good legislative precedent for Australia and beyond.

Elevating the Legal Status of Animals

Legislative recognition of animal sentience is just one way to improve animals’ status under the law. The Animal Legal Defense Fund has been working for 40 years to elevate the legal status of animals beyond mere property and today has a campaign focused on this fundamental issue.

Recently, we have had success working with prosecutors, law enforcement, and legislators to recognize animals as “crime victims” – a significant advancement for the legal status of animals. In one state, Connecticut, special advocates can speak directly on behalf of animal victims throughout the entirety of a criminal animal cruelty case, and we are working with other states to enact this Courtroom Animal Advocate Program model. The Animal Legal Defense Fund is also looking at pursuing other legislation to elevate the legal status of certain animals.

We also use impact litigation to elevate the legal status of animals. In 2018, we filed a groundbreaking lawsuit (currently on appeal before the Oregon Court of Appeals) on behalf of a severely neglected horse named Justice. If successful, this lawsuit will be the first to establish that animals have a legal right to sue their abusers in court.

In addition, we filed a lawsuit arguing that the Freedom of Information Act’s use of the term “individual” should include animals. Specifically, we argue that FOIA’s expedited processing provision — which pertains to cases where there is an imminent threat to an individual’s life or physical safety — applied in the plight of Tony the Tiger, who suffered as an attraction at a truck stop.

The Animal Legal Defense Fund also files amicus (“friend of the court”) briefs in companion animal custody cases or those in which companion animals have been injured or killed, which explain to courts how animals differ from other types of property and why the traditional property rules are unfair when applied to animals. In custody case, for example, we do not take the side of either party but instead ask the court to consider the interests of the animal, rather than treating her like other property — an issue which some state legislatures are starting to address.

These are just some recent examples of the Animal Legal Defense Fund’s work to obtain legal recognition that animals are sentient beings who deserve a legal status beyond mere property.

[1] The Animal Welfare Act of 1992 does not mention sentience, intrinsic value, or mental well-being. It stated: “The objects of this Act are to— (a) promote and protect the welfare, safety and health of animals; and (b) ensure the proper and humane care and management of animals; and (c) reflect the community’s expectation that people who keep or care for animals will ensure that they are properly treated.”
[2] There are exceptions for the dog’s welfare, e.g. after a surgical procedure.
[3] “Confine an animal” includes the following: (a) impair or injure the animal for the purpose of hindering, impeding or preventing the animal’s freedom of movement; (b) use a device to hinder, impede or prevent the animal’s freedom of movement; (c) tie up the animal.
[4] See: Farmed Animals and the Law.
[5] In fact, MLA Chris Steel specifically included farmed animals in his media release about the new law: "These animal welfare laws reflect the values of the Canberra community on how we should manage and care for our domestic animals, livestock and wildlife.”
[6] See: Australian Animal Welfare Standards and Guidelines.
[7] See: Animal Welfare (Factory Farming) Amendment Act 2013 (this was another amendment to the Animal Welfare Act of 1992).