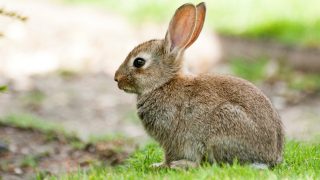 ESSEX COUNTY, MA. — The Animal Legal Defense Fund, the nation’s preeminent legal advocacy organization for animals, is offering a $5,000 reward for information leading to the arrest and conviction of the person or people responsible for the shooting of a turtle and rabbit with a crossbow on the week of June 1, 2020. 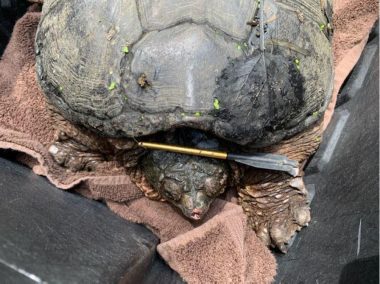 Marblehead animal control officers were called to the former railroad right-of-way, between the Tower School and electrical substation, on Monday, June 1, 2020, where a turtle was found shot with an arrow. On Thursday, June 4, 2020, animal control was called back to the same area after someone spotted a rabbit, also shot with an arrow. The turtle, who rescuers have named Timmy, was brought to the Turtle Rescue League in Southborough for rehabilitation, where he is expected to make a full recovery. Unfortunately, the rabbit, who rescuers are calling Billy, ran away before animal control officers could provide care, but officials are still looking for him.

In Massachusetts, it is a felony offense to knowingly and willingly inflict cruelty to an animal. Under a recent amendment to the law, the maximum penalty for animal cruelty is seven years in a state prison or a fine of up to $5,000, or both. A person convicted of animal cruelty will also be banned from working in any capacity that requires the person to be in contact with an animal.

If you have information related to this incident, please contact the Marblehead Police at 781-631-1212.