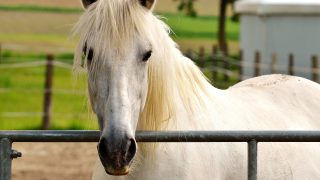 On an early August morning, 34 horses seized from a scene of severe neglect began their 107th day in state custody. Horse rescue volunteers had nursed the horses back to health, and they were ready to be adopted into loving homes. But the horses needed one more thing before they could move on. What they needed could not be found in a veterinarian’s clinic, a rehab stable, or even the loving hands of the volunteers who had been caring for them. What the horses needed was the answer to a question being asked that very morning in a Linn County, Oregon courtroom: were they still legally the property of the people alleged to have neglected them? If the horses still belonged to the defendants — Edward and Carol Davidson, then they would have to keep waiting, until the criminal case arising from the neglect they had suffered was eventually resolved. If, however, the defendants forfeited the horses, then they could be adopted immediately.

How Long Must Animals Victims Wait?

Though the hearing determining the horses’ fate had already been delayed by a month, the defendants asked the court to postpone again. DDA Kamins urged the court not to delay the hearing further, relying on an important 2013 Oregon legislative finding that recognizes animals stuck in the legal limbo of seizure “languish,” and generally do not do as well as animals placed in permanent homes.[1] In other words, Oregon recognizes that animals are not objects that can be stuck in an evidence locker, but thinking, feeling creatures, who matter.

Oregon’s legal system has gone even further in acknowledging that animals are not things. In 2014, the Oregon Supreme Court issued an opinion holding that when it comes to animal cruelty crimes, animals have the legal status of crime victims—at least for certain purposes.[2] It was, in part, on these grounds that Judge Michael Wynhausen relied in ruling that the horses’ hearing would not be delayed further: “caselaw … indicates that animals are victims…. they’ve been granted by our courts victim status, and that comes with certain rights, and so these things need to be addressed as quickly as possible…. these animals … deserve to have this matter resolved.” The horses would not need to wait any longer to get the answer they needed!

Questions in Need of Fair Answers: Where Do Animal Victims Go and Who Pays For Their Costs?

The question raised that August morning — when (and how) does a defendant stop owning an animal victimized by criminal cruelty — is common in cruelty cases nationwide. Animals are defined as “property” under the United States legal system. When law enforcement officers investigate potential criminal activity, they seize property that is evidence of the crime. In animal cruelty crimes, the strongest “evidence” is often the animals themselves.

However, animals seized in cruelty cases are fundamentally different from the other kinds of property that might be seized during a criminal investigation. Unlike objects, animals require sustenance, shelter, and veterinary care. This is particularly true in criminal investigations involving animals who have been abused or neglected. These animals not only need basic care, but typically require additional, remedial veterinary attention.

From a sheriff with a warehouse full of rescued rabbits, a police officer driving an abused puppy to a veterinarian, to an animal control officer suddenly responsible for numerous ferrets, law enforcement frequently ends up with animals in their physical custody: animals who are both victims and evidence.

As appellate courts in Oregon have affirmed, the purpose of animal cruelty laws is to protect animals from the sort of suffering caused by being deprived of necessary care. Providing animal victims with care during the — sometimes lengthy — period before trial can, however, overburden already scant municipal resources, and historically gives rise to rounds of post-trial litigation, if the government seeks reimbursement for the costs of caring for the animals involved. 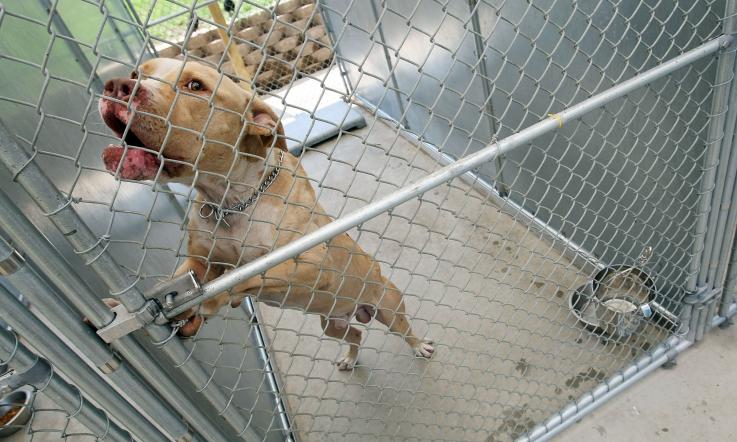 Moreover, it is increasingly clear that even under the best of circumstances, being kept in a kennel while these legal issues are sorted out has detrimental stress-related impacts on the well-being of dogs, cats, and other frequently-sheltered animals. If a defendant surrenders the animals to the government, then the government is able to quickly work on placing animals in homes or with rescue groups, as it would with any surrendered animal. In cases where the defendant does not voluntarily surrender the animal, it’s more complex. Fortunately, Oregon law has not only identified this problem but built one of the best solutions in the country — a solution focused on figuring out where the animals should go and who pays for their care sooner rather than later — before the end of the criminal trial, rather than after.

A Fair Solution for All: Oregon’s Bond-or-Forfeit Statute

Oregon has a ‘bond-or-forfeit’ statute, and it underscores the responsibility that comes with the legal ownership of an animal by laying out a two-step process for responding to a seized animal. First, the court determines whether there is probable cause to find the animal has been subject to unlawful cruelty. If the court does find probable cause that the animal was cruelly treated, the legal owner has the option to either cover the costs of the animal’s reasonably necessary care by putting up a bond, or to avoid paying for the animal’s care by simply surrendering the animal to the state. Central to this proceeding is a simple policy: prior to forfeiture, the defendant is still responsible for the costs of an animal’s care, even if that animal is in the legal custody of the state.

In the case of the 34 horses, Judge Wynhausen heard testimony about the horses’ experience — the conditions they had been living in, the physical marks of neglect they bore, their herdmates who died before being rescued from the defendant’s property. After a full day of evidence and argument, Judge Wynhausen ruled the evidence was sufficient to establish probable cause that each and every one of the 34 horses had been unlawfully neglected —ordering the defendants to post a bond covering the costs of caring for the horses.

When the defendants declined to do so, the horses ceased being the defendants’ property, and the final legal barrier to permanent placement fell. After their long recovery and wait, the Linn County horses were at last headed to greener pastures.

[1] See ORS § 167.305(1–3) (“Animals are sentient beings capable of experiencing pain, stress and fear; Animals should be cared for in ways that minimize pain, stress, fear and suffering; The suffering of animals can be mitigated by expediting the disposition of abused animals that would otherwise languish in cages while their defendant owners await trial.” As DDA Kamins noted in his response to the court, while as horses the animals in this case were not literally caged, the same concerns apply.)