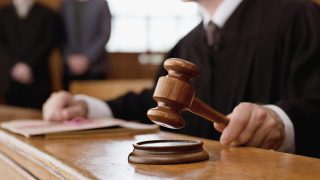 The Legal Process In The United States: A Criminal Case

What is a criminal lawsuit, and how does such a lawsuit proceed through the legal system?

What is a criminal case, and how does it proceed through the legal system? This summary is a general overview about criminal cases. It covers the key stages and will briefly explain what might happen in court.

Please be advised that this summary is not a substitute for legal advice given by a licensed attorney.

There are basically three types of court proceedings: civil, criminal, and administrative.

If a prosecutor files criminal charges against an individual, this is called a criminal case or criminal proceeding.

Here are the general stages of a criminal case — explanations of the terms and phrases follow in the sections below:

Here is a breakdown of the stages below.

A criminal investigation is initiated by law enforcement.
Law enforcement includes but is not limited to police officers, sheriffs, prosecutors, and animal control officers. They will interview any victims and witnesses and possibly the person of interest. If relevant, they will evaluate and document the crime scene. They may execute search warrants, take photographs, arrange for veterinary exams, and collect and analyze trace and scientific evidence such as DNA.

If the person of interest is interviewed, this is the time when the person is advised of their constitutional right to an attorney, and that anything they do or say may be used against them in a court of law.

If probable cause has been established that a crime or crimes have been committed, the defendant may be arrested or summoned into court.

If a person is arrested, they are taken into custody and will be transported to a jail. In most cases, the prosecutor or law enforcement officer decides on the charges that will be filed. Additionally, depending on the jurisdiction, charges may also be filed by way of a grand jury indictment.

Each state has a criminal code that guides the arrest and charging procedure. There is also a federal criminal code, if an individual is being investigated or arrested for a federal crime. If a person is taken into custody, the authorities have a very short amount of time (usually three days maximum) to file charges in court.

If the accused is issued a summons to appear in court on a later date, the authorities have a greater amount of time. When charges are filed, bail (bond) will be set, If the defendant is summoned to court they do not have to post bail. A defendant may be charged with a felony or a misdemeanor and the charges may be federal, state or municipal.

In some instances, and depending on the jurisdiction, the defendant may not be eligible for a court-appointed attorney – for example, if they are charged solely with a municipal offense. A defendant can always opt to appear pro se – that is, he or she may decide to represent themselves and act as their own attorney.

The prosecution provides “Discovery.”
“Discovery” is the sharing of information, documents and evidence related to the case. This must be accomplished prior to trial. There are state, federal, and municipal rules of criminal procedure that regulate discovery.

Defendants in criminal cases are entitled to receive copies of all police reports; victim and witness statements; all statements attributable to the defendant; criminal history reports of witnesses and the defendant; and scientific and expert’s reports. They must be provided with contact information for the victim and witnesses. The defense may also examine evidence that the government plans to introduce at trial. Most importantly, defendants must be provided with any evidence that tends to prove his or her innocence.

motions to suppress or exclude certain evidence (including physical evidence and confessions);

Hearings on pretrial motions take place prior to trial and often involve the testimony of witnesses and the introduction of evidence.

If a motion to dismiss the case is granted by the judge, the trial will not take place. However, under certain circumstances the prosecution may refile the charges in the future if the filing takes place within the “statute of limitations.” Typically, a felony must be filed within three years of the date the crime was committed, and a misdemeanor within one year to 18 months (this time period can vary by jurisdiction).

The prosecution may appeal an order dismissing a case or an order suppressing evidence.

A jury is selected.
Defendants have a constitutional right to a jury trial in almost every criminal case. There may be an exception for low level crimes where there is no potential for any jail time.

If the defendant elects to be tried by a jury, rather than by a judge, jury selection will take place before any witnesses are sworn. A jury for a felony trial will generally consist of 12 members. The jury pool usually comes from lists kept by state agencies such as registered voters, licensed drivers, and ID renewals.

Potential jurors will be called at random into the courtroom’s jury box. Attorneys for both sides will then have the chance to “voir dire” the prospective members, which means asking a juror questions to determine if they are able to be fair and impartial to both sides.

Some jurors will be eliminated during voir dire. They can be challenged “for cause” – that means that there is a legally recognized reason; or, each side can exercise a limited number of “peremptory challenges” and they do not have to state a reason. This process will end when the prosecution and the defense have exhausted or waived any remaining challenges. Typically, the court will also allow alternate jurors to be empaneled. The alternate would only be called upon to deliberate in the event of something unforeseen happening to a sitting juror.

The trial takes place.
Following discovery, the parties and court prepare for the actual presentation of witnesses and the offering and admission of evidence. This is the part of the case that most people are familiar with through social and main stream media.

The trial is heard in a courtroom open to the public. The prosecutor and the defense attorney (or the defendant if they are representing themselves) may deliver an opening statement to the jury. This is their opportunity to give the jury a preview of the testimony and evidence. In some jurisdictions the defense may opt to deliver their opening statement after the prosecution has “rested” – that means the prosecutor has completed the presentation of their case.

Throughout the entire trial, the prosecution has the burden of proving the case beyond a reasonable doubt. The definition of “reasonable doubt” varies state to state. This burden is the same for all crimes – from running a red light, to animal cruelty to murder.

The defendant has a constitutional right to decide not to testify. If he or she chooses to not testify, the jury will be instructed that his or her choice not to testify cannot be used against them when the jury deliberates. All defense witnesses (including the defendant if he or she testifies) will be subject to cross-examination by the prosecution.

Throughout the trial, the judge will be called upon to make decisions and rulings on a variety of issues. For example, whether a piece of evidence is admissible; or whether a question being asked of a witness is proper. During the trial, the judge’s job is to determine the applicable law, and maintain decorum in the courtroom according to the rules of conduct, procedure and evidence.

Any time before the verdict is delivered, the parties may enter into a plea agreement.
A plea agreement is an agreement between the defendant and the prosecutor, in which the defendant agrees to plead guilty to a charge or charges before a verdict is delivered. The charges agreed upon are often less serious and carry a lighter sentence than the defendant would face if found guilty of the original charge or charges. Sometimes a victim impact statements, and information about restitution. Sometimes victims and witnesses are called during the sentencing hearing. At the hearing, the defendant is entitled to his or her “right of allocution.” This is the opportunity for the defendant to speak to the judge to attempt to lessen the severity of the sentence, such as apologizing, showing remorse, or explaining his or her motivation.

Sentencing options for criminal convictions are set forth by statute or code. Potential sentences may include probation, prison/jail time, and fines. The defendant may be ordered to pay restitution, perform community service and be evaluated and receive treatment for any mental health issues.