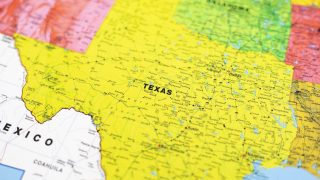 The Animal Protection Laws of Texas compendium contains the general animal protection and related statutes for Texas with an effective date on or before September 1, 2021.

Defending Our Rights Under the Texas Anti-SLAPP Statute

Kristen Lindsey v Texas State Board of Veterinary Medical Examiners
Veterinarian Kristen Lindsey shot and killed her neighbor's cat Tiger with a bow and arrow. Afterward, Lindsey posted a photo to Facebook of herself with Tiger's corpse, the arrow protruding from his head. She bragged in the post about killing the cat.
Read More

Graham v. San Antonio Zoological Society
The Animal Legal Defense Fund sued the San Antonio Zoo in 2015 under the Endangered Species Act, due to the zoo’s decision to keep an Asian elephant named Lucky socially isolated from any other elephants and inhumane conditions.
Read More