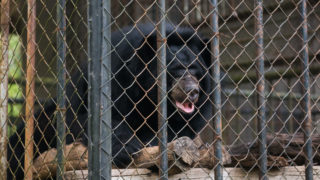 Animal dealers and exhibitors, such as roadside zoos and commercial dog breeders, must obtain a United States Department of Agriculture (USDA) license in order to be in compliance with the Animal Welfare Act (AWA). While these licenses must be regularly renewed, the USDA commonly rubber-stamps approvals, even when there are ongoing or repeat violations. The Animal Welfare Enforcement Improvement Act (AWEIA) aims to strengthen the AWA licensing and renewal processes to hold animal dealers and exhibitors accountable. This legislation would also authorize citizen suits to enforce the AWA and require public disclosure of inspection reports and enforcement records.

The AWEIA would require dealers and exhibitors to go through an unannounced pre-license inspection and renew their licenses annually. An applicant for a new license would initially be given two chances to pass an inspection, and if the applicant fails the inspection, they would have to wait at least one year to reapply. In order for a license to be renewed, the dealer or exhibitor could not have more than one documented humane care violation during the previous two years.

Under the AWEIA, no license could be issued or renewed if the dealer or exhibitor has violated any federal, state, or local animal protection law. The USDA would be required to suspend a license when a violation is committed that puts the welfare of animals at risk, and to revoke a license if the violation persists or more violations occur. Once a license is suspended or revoked, dealers and exhibitors would be prevented from being granted another license under a different business name.

The lack of accountability and oversight for animal dealers and exhibitors endangers the lives of the animals and leads to situations of extreme abuse and neglect. Commercial breeders, circuses, zoos, and wildlife parks are just some of the dealers and exhibitors that this legislation is designed to check. Without more in-depth oversight and monitoring, AWA violators will continue to slip through the cracks, putting animals’ lives at risk.

The AWEIA was introduced in 2019 and reintroduced in 2021 by U.S. Representative Raja Krishnamoorthi (D-IL) to improve the AWA. The Animal Legal Defense Fund strongly supports the AWEIA (H.R. 3277).