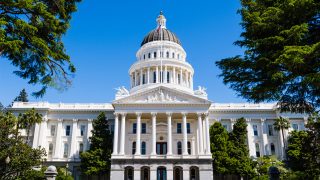 The Legislative Process: How a Bill Becomes a Law

Every day, someone reaches out to us to ask, “Why isn’t there a law against this?” The reality is that much animal suffering in the United States is legal because the legislative process is complex and individual bills must overcome numerous hurdles to be enacted. Nonetheless, with the support of countless advocates, the Animal Legal Defense Fund is working to enact stronger laws at every level of government.

But it can be difficult to be an effective advocate if you’re not familiar with how bills become laws. While the federal government and every state has a slightly unique legislative process, most legislatures follow these steps.

A legislator sponsors a bill and introduces it into the legislature. Sometimes constituents (like you!), or a stakeholder group, reaches out to legislators and asks them to introduce a specific bill. Other times, legislators introduce a bill in response to a problem in their community. In many legislatures, there is a special department that actually drafts the bill language and then sends it to the legislator for review.

For example, in New York, this department is called the New York Legislative Bill Drafting Commission, and in California, it’s called the Office of Legislative Counsel. Almost all state legislatures have two chambers: the Senate and the House of Representatives (in some states this chamber is called the Assembly or House of Delegates). Nebraska is the only state with a unicameral legislature. The chamber of the legislator determines whether their bill is introduced in the Senate or the House of Representatives.

Once a bill is introduced, it receives a number and is referred to a committee or committees (sometimes a bill must go through multiple committees) based on its subject matter.

Legislatures have dozens of committees (and sub-committees) that focus on specific issue areas like agriculture, education, and transportation. Legislators are assigned to different committees and are referred to as committee members.

Committees meet throughout the session to discuss bills related to their topic area. They hold public hearings where residents, government representatives, and interest groups can present their views on the proposed bills through oral testimony or letters.

Committees can take a number of actions on a bill. They can vote to pass the bill and send it to another committee or the floor. Or they can amend the bill or send it to the floor with no recommendations. Committees can also “kill” a bill by voting it down or “tabling” it (postponing any action indefinitely). This means the bill will not advance further.

The committee chair is in charge of the committee and is almost always a member of the majority party of that chamber. This is a powerful position because whether or not a bill is “heard” (discussed by the committee) is usually at the discretion of the committee chair. When legislation fails, people often ask, “Who voted against it?” But the reality is that many bills simply languish in committees – there’s not a hearing or vote. The bill simply does not move forward.

If the bill moves out of committee, it is considered by the full chamber. The “floor” of the chamber is where legislators debate a bill. Legislators can also offer amendments. But amendments must be approved by the other members. After all amendments are considered, the chamber may vote on the bill.

If the chamber votes in favor of the bill, the entire process must be repeated in the other chamber. In other words, if a bill is in the House, and the House votes in favor of it, the bill must still be voted on by the Senate. This is why many successful bills have sponsors in both chambers at the same time. So as a bill moves through the Senate, a similar or identical bill is moving through the House.

If the bills in each chamber are different, typically, the bills go to a conference committee. These committees have both senators and representatives. The members debate to reach a compromise and agree on an identical bill. That bill is then sent back to each chamber for a vote.

The final bill is sent to the governor for signature. Governors can also veto bills. Legislatures may override vetoes, but it requires more votes than normal (oftentimes, 2/3 or 3/5 of each chamber needs to vote in favor to override a veto). As you can see, a bill must overcome a long series of obstacles before becoming law. Despite this, new laws are still enacted every year! Refer to our advocacy toolkit for information about how to work with legislators to successfully lobby for pro-animal legislation.