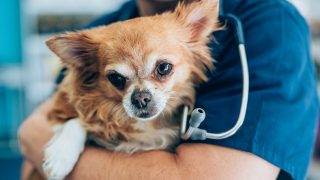 HB 4330 did not advance in the 2021 legislative session. However, the Animal Legal Defense Fund is committed to refining the language of the bill to improve its chances for legislative success in the 2023 session.

“The Link” refers to the relationship between violence against humans and animal cruelty. There is a strong, proven link between animal cruelty and other forms of interpersonal violence, particularly child abuse, intimate partner violence, and elder abuse. State employees who work with people affected by interpersonal violence are more likely to have suspicion or knowledge of animal abuse because of this link. This makes it critical that various agencies and professionals report suspected animal abuse to law enforcement to help ensure vulnerable animals are protected. Additionally, veterinarians play a critical role in fighting animal cruelty. They are also uniquely positioned both to witness animal abuse as well as identify signs of abuse.

HB 4330, sponsored by Representative Mary González (D-75), addresses a critical gap in the state’s animal protection laws. The bill requires veterinarians and certain employees at the Texas Health and Human Services Commission and Department of Family and Protective Services to report suspected animal abuse, as well as ensure criminal and civil immunity for those mandatory reporters who report in good faith.

It’s particularly urgent that Texas pass HB 4330 and mandate reporting animal abuse because Texas law enforcement has seen a significant increase in domestic violence and animal abuse during the COVID-19 pandemic. Abusers often threaten to harm or kill a victim’s animal as a control tactic. Roughly half of domestic violence victims stay in abusive relationships because they’re afraid to leave their companion animals behind. Studies have shown that over three quarters of calls to police reporting domestic abuse come from the victims themselves. Cross-reporting can empower more victims to disclose abuse if they know their animal will be protected.

Animal cruelty is not an isolated issue. It’s a public health issue that hurts both animals and humans. By mandating reporting by individuals best placed to see instances of suspected abuse and providing criminal and civil immunity to those individuals, Texas can help reduce multiple forms of abuse.

HB 4330 did not advance in the 2021 legislative session. However, the Animal Legal Defense Fund is committed to refining the language of the bill to improve its chances for legislative success in the 2023 session and ultimately achieve greater impact on the welfare of animals and Texas constituents.

Learn more about The Link and veterinarians’ role in reporting cruelty.