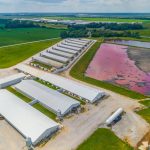 The corporate animal agriculture industry is rich and powerful, with skilled marketers, public-relations consultants, and lobbyists working to improve its image and secure even more preferential treatment from the government.

The industry’s latest scheme is an attempt to rebrand its harmful greenhouse gas emissions as a form of “green energy.” The public shouldn’t fall for this flawed scheme, which the industry has termed “biogas” or “renewable natural gas.”

The Animal Legal Defense Fund is working to expose the danger of paying factory farms for their pollution — while taking regulatory action to stop this harmful practice. 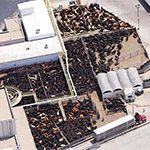 Sign the petition urging state and federal legislators to say no to factory farm gas and exclude these programs from all tax credits and energy incentives.

What’s the Matter with Methane?

Methane is a highly potent greenhouse gas, emitted in vast amounts by the factory farming industry.

To protect the planet and all its inhabitants — humans and animals alike — it’s vital that we reduce our methane emissions. While carbon dioxide accounts for a higher percentage of total greenhouse gas emissions, “[m]ethane is more than 25 times as potent … at trapping heat in the atmosphere,” according to the U.S. Environmental Protection Agency (EPA).

And because methane has a shorter “shelf life” than carbon dioxide, dramatically lowering our methane emissions would have a nearly immediate positive impact on the environment.

But instead, factory farms are currently benefiting from numerous government programs, subsidies, and tax incentives that enable them to double down on the environmental harm they unleash. 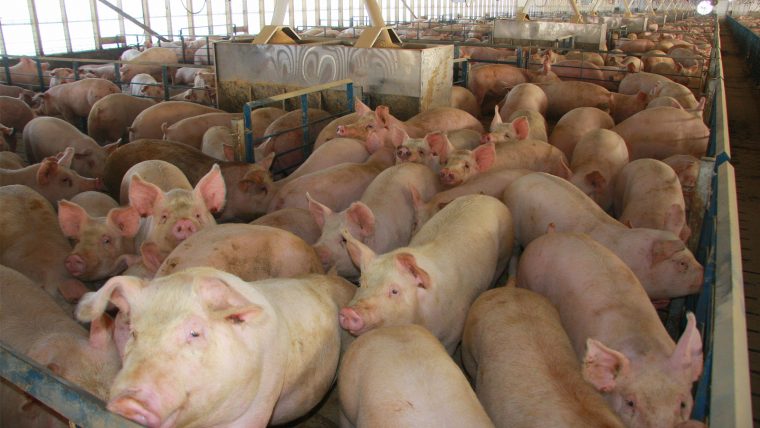 Why Do Factory Farms Produce So Much Methane?

Factory farms are major sources of air and water pollution — but they’re largely exempted from the environmental regulations that other industries are required to follow. Methane is one of the pollutants released by factory farms.

The primary sources of the industry’s methane emissions are:

In its 2022 U.S. Methane Emissions Reduction Action Plan, the White House lists oil and gas production as the leading source of methane emissions in the U.S. — at 30% — citing 2019 data from the EPA. But a closer reading of this data shows that animal agriculture is actually responsible for the largest share. When the methane emissions from manure management and enteric fermentation are considered together instead of listed separately, they account for a combined 37% of U.S. methane emissions. 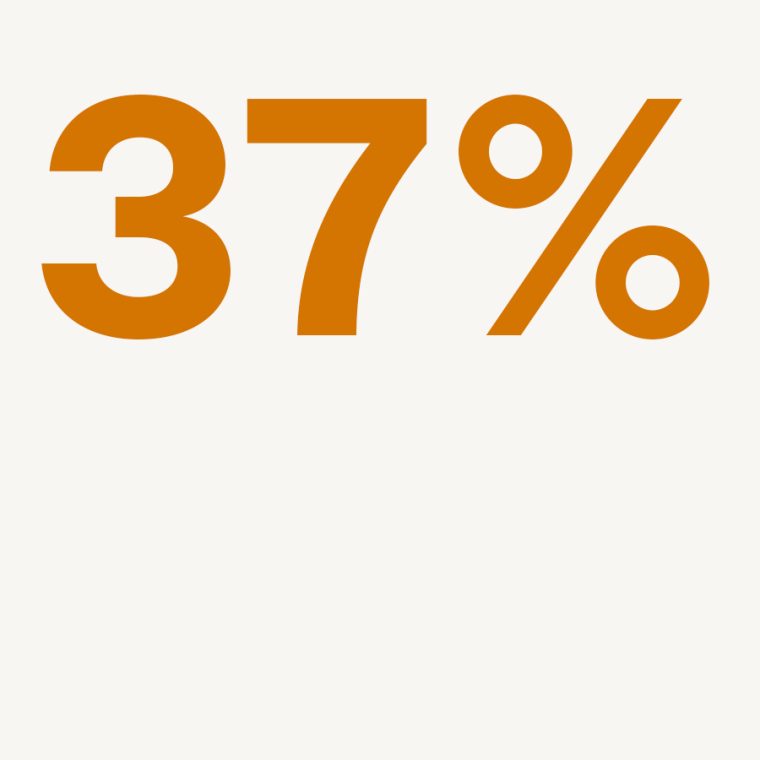 The percentage of U.S. methane emissions caused by the industrial animal agricultural practices of raising animals for meat and dairy production, and of storing manure on factory farms in large pits where the waste biodegrades without access to oxygen.

How is Biogas Made?

The factory farming business model is one of scale. In the name of profit, factory farms confine hundreds, thousands, and in some cases over 100,000 animals within a small physical footprint — typically in windowless, warehouse-like buildings. These animals collectively produce enormous amounts of waste, presenting factory farms with the problem of what to do with it.

For industrial pig and dairy farms, the most common “solution” is to use enormous amounts of water to flush the waste from factory farm floors into large outdoor pits, which are often unlined and can be bigger than a football field. These pools of liquefied waste — called “manure lagoons” by the industry — can leach pollutants into the soil and contaminate groundwater. To disperse the waste and make room for more of it in the lagoons, it is sprayed onto surrounding fields as “fertilizer.” If more waste is sprayed than the soil can absorb — or when a natural disaster causes the lagoons to overflow — the runoff can contaminate nearby rivers and streams, enabling algae blooms that can kill aquatic animals in large numbers. 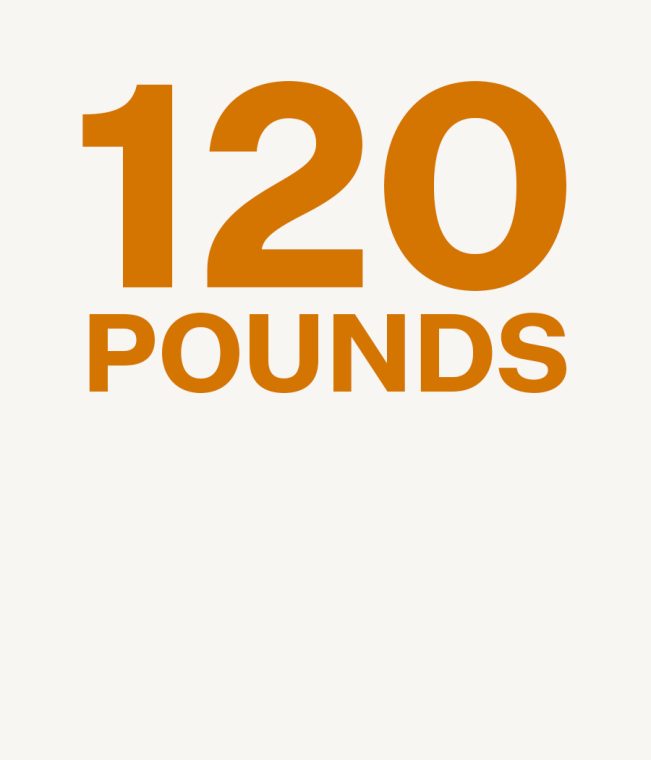 The amount of waste produced by each cow in the dairy industry per day, on average. “Mega dairies” — defined as those with more than 2,500 cows — may produce hundreds of thousands of pounds of manure per day. Mega dairies are among the factory farm facilities capitalizing on the biogas scheme as an additional source of revenue.

When manure is allowed to decompose naturally, such as in a pasture setting at a farmed animal sanctuary, it does not emit significant amounts of methane. But the decomposition process in factory farms’ manure lagoons is a different matter entirely. The liquefied waste in these lagoons undergoes anaerobic decomposition, which results in a high volume of methane emissions.

It’s a problem entirely of the industry’s own making. But rather than solving it, corporate animal agriculture interests are seeking to profit from their own pollution by capturing and selling factory farm gas — and “greenwashing” their image in the process.

In the factory farm gas scheme, industrial animal agriculture operations can receive lucrative subsidies to install anaerobic “digesters” — in many cases, just glorified tarps over manure lagoons — to capture methane, which is then piped out, refined, and burned for energy.

Factory farms can then receive “credits” for pollution reduction, which they sell to other polluters — such as fossil fuel producers — to offset their greenhouse gas emissions.

In this way, factory farms are able to wring a second revenue stream from a single harmful activity. Not only are they selling their primary product — meat or dairy products from cruelly treated animals — but they’re also profiting from the pollution caused by their chosen method for managing the animals’ waste. Some animal producers even refer to waste as a “new crop” that can produce revenue.

It’s a terrible incentive for an already-harmful industry. Instead of cleaning up their act, factory farms are motivated to continue their destructive practices and even incentivized to expand — to obtain even more animals to produce even more waste.

Increasingly, state and federal government agencies are subsidizing factory farm gas projects with tax dollars and incentives — not only allowing factory farms to pollute, but financially rewarding them for doing so.

Animals Suffer — But They’re Not the Only Ones

The factory farming industry is famously cruel to animals, and in recent years, the public has become increasingly aware of the hazards it poses to workers and the environment as well.

Beyond these harms, factory farm pollution can also endanger the health, quality of life, and property values of the people who live nearby. These residents are disproportionately likely to be economically disadvantaged and/or members of historically marginalized communities. Rewarding factory farms for their pollution more deeply entrenches them in areas where community members are already suffering because of them.

Industrial animal agriculture operations are often found in areas where residents are disproportionately members of economically disadvantaged and/or historically marginalized communities. In the webinar Factory Farms: Generating Environmental Injustice in North Carolina, the Animal Legal Defense Fund explores this issue through the lens of North Carolina factory farms’ impact on rural communities, and how residents — and others — are fighting back.

Watch it on Demand

And when government agencies subsidize polluting factory farms for their methane capture, they divert funding from programs that could actually solve environmental problems rather than cementing them in place.

Factory farm gas programs don’t address all greenhouse gas emissions produced by factory farms. While anaerobic digesters capture methane emitted from manure lagoons, a significant amount of methane escapes in the process and is released into the atmosphere. These programs also fail to account for enteric methane emissions from cows, or other greenhouse gas emissions such as those related to transporting the animals or their feed.

Meanwhile, factory farm gas programs completely ignore other types of pollution caused by industrial animal agriculture, such as the release of fine particulate matter, ammonia, nitrogen oxide, and volatile organic compounds — all of which contribute to health problems in vulnerable nearby communities, largely unchecked by the federal government.

Research has shown that nearly 16,000 people die in the U.S. every year due to air pollution caused by agricultural food production. Of those deaths, four out of five are linked to animal agriculture.

The factory farm gas scheme also props up the oil and gas industry, enabling petroleum companies to offset their greenhouse gas emissions by purchasing factory farm gas “credits” instead of meaningfully reducing their own carbon emissions.