The Animal Legal Defense Fund sued the Food and Drug Administration to challenge the agency’s approval of Experior, an animal drug that claims to reduce ammonia emissions from cows on feedlots.

On June 4, the Animal Legal Defense Fund, with Food & Water Watch and Food Animal Concerns Trust, filed a lawsuit against the Food and Drug Administration (FDA) to challenge the agency’s approval of Experior — an animal drug that claims to reduce ammonia emissions from cows on feedlots — arguing the FDA had insufficient information to determine the drug is safe for animals and consumers, and failed to adequately consider the drug’s environmental impacts.

The drug, produced by ElancoUS, Inc., is a beta-agonist — the same class as ractopamine and other drugs known to cause significant health effects in pigs and cows. Experior is given to animals in confinement in their last days before slaughter. While it is purported to reduce ammonia emissions, there is no evidence to prove it fulfills its intended purpose when used in real-world conditions, and in fact it may increase incidental environmental effects and ultimately lead to even higher concentrations of cows confined to feedlots. Beta-agonists like Experior are also widely used to maximize weight gain in the final weeks leading up to slaughter, known as the “finishing” phase.

These drugs lead to increased risks for food safety as the drug residues that end up in meat products have been linked to heart and respiratory issues in consumers, producers, and farm workers. This class of drugs is also cruel and harmful to animals, causing them to suffer psychological stress and physically deteriorate, increasing the likelihood of them suffering, dying, and being mistreated during handling on the farm and in transit to slaughter. Experior has also been shown to raise body temperature in cows, compounding the risk of heat stroke for those who are being raised in desert or drought-prone areas.

Beta-agonists have long been controversial as the FDA itself has evidence of the adverse effects they can have on animals who ingest them. Still, beta-agonists are heavily used in meat production to increase profits for producers.

Who is being sued, why, and under what law? The FDA for using insufficient information to conclude the drug is safe for cows under the Food, Drug, and Cosmetic Act, and because it failed to conduct a proper environmental analysis under the National Environmental Policy Act (NEPA).

Why this case is important: The use of beta-agonists like Experior permit factory farms to increase their profits at the expense of animals’ safety and well-being. The FDA is allowing the industry to use animals as test subjects rather than regulating the factory farming industry for the emissions and pollution it creates. 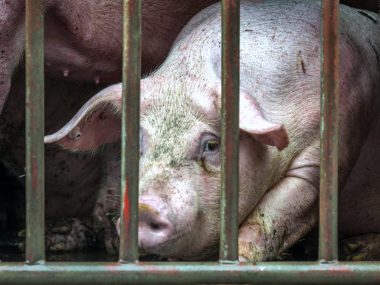 As the pandemic leads to reduced capacity at slaughterhouses, prolonged use of drug increases risk of harm.
June 4, 2020 Farmed Animals 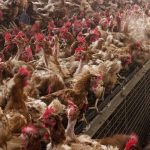