The Animal Legal Defense Fund sent a letter to the Humboldt County Board of Supervisors and Humboldt County Agriculture Commissioner, urging them to terminate their contract with the U.S. Department of Agriculture’s Wildlife Services.

Board of Supervisors meeting September 17, 2019

If Humboldt County does not comply with CEQA

The federal wildlife-killing agency’s methods are unnecessarily cruel, and the Humboldt County contract violates state law. The letter was sent with the Center for Biological Diversity, Project Coyote, the Animal Welfare Institute, the Mountain Lion Foundation, and WildEarth Guardians.

Why this case is important: Wildlife Services is an agency within the U.S. Department of Agriculture (USDA) that runs the notorious federal wildlife-killing program. Wildlife Services contracts with federal agencies, state and county agencies, and private landowners to kill wildlife. In many cases, the agency kills animals who animal agricultural producers perceive as threats to their bottom line — while these ranchers continue expanding grazing areas deeper and deeper into the natural habitats of native species like coyotes, bobcats, and foxes.

Nationwide, Wildlife Services killed more than 2.3 million animals just in 2017, with more than 1.3 million of those being native species like wolves, coyotes, bears, river otters, beavers, and bears. Some 27,841 of these animals were killed in California, including more than 3,300 coyotes, nearly 1,000 beavers, and almost 10,000 birds. Peer-reviewed research shows that such indiscriminate killing of wild animals results in broad ecological destruction and loss of biodiversity. Moreover, Wildlife Services’ rampant killing comes at a cost to taxpayers of more than $100 million per year, mostly on public lands.

The Animal Legal Defense Fund has a history of challenging Wildlife Services’ cruel killing policies — advocating and litigating for change in jurisdictions that contract with Wildlife Services, and holding the agency accountable for failing to follow the law. 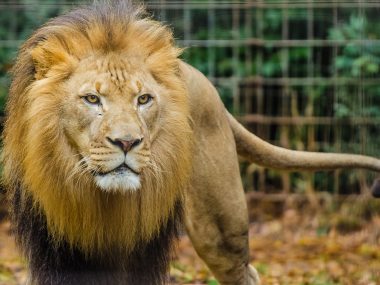