Petition to the USDA submitted in June 2020

The Animal Legal Defense Fund joined a coalition petitioning the U.S. Department of Agriculture to ban the mass burial and on-site incineration of animals on factory farms during the COVID-19 pandemic

In response to slaughterhouses reducing production during the 2020 COVID-19 pandemic, factory farms across the United States are killing and discarding the bodies of millions of farmed animals with reckless disregard for their welfare or the environment.

The Animal Legal Defense Fund joined a coalition of environmental justice and public health groups in filing a legal petition calling on the U.S. Department of Agriculture (USDA) to ban the dangerous on-site incineration and mass burial of these animals. The petition also calls for the creation of a public, online database that tracks federal funding for the disposal of animals, as well as disposal locations, and empowers people living in surrounding communities to protect themselves from the ensuing pollution.

Burning and burying so many animals at once creates significant air and water pollution. The mass burial of animals in unlined pits has been known to leach dangerous pollutants, including nitrates, ammonia, and chloride, as well as disease-causing agents and antibiotics, into the soil and nearby waterways. The impact of water contamination is particularly acute for rural communities that tend to rely on groundwater for their drinking water. Burning animals’ bodies releases air pollution, as well as potentially contaminated ash, and worsens water quality through downstream effects.

The USDA has acknowledged that unlined burial and incineration are among the most dangerous disposal methods for both public health and the environment. It is critical that the USDA immediately institute commonsense regulations to protect at-risk communities and our air and water. 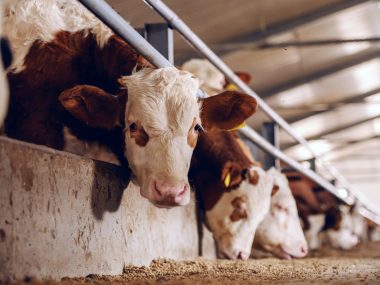