On October 25, 2021, the Animal Legal Defense Fund joined the other member organizations of Stand Up to Factory Farms in providing comments to the Oregon Department of Agriculture. The comments concerned ODA’s draft revision of the Confined Animal Feeding Operation National Pollutant Discharge Elimination System (NPDES) General Permit — a Clean Water Act permit that the majority of Oregon factory farms are required to have in order to operate.

Factory farms are industrial facilities that can hold more than 100,000 animals in a small physical footprint. Together, these animals produce enormous quantities of waste. A single dairy factory farm with one thousand cows produces as much waste as a city of 164,500 humans. This waste is filled with dangerous contaminants that pollute water resources, including nitrogen, phosphorus, pathogens, antibiotics, and growth hormones. It also emits large amounts of methane — a highly potent greenhouse gas that fuels the climate crisis – and other air pollutants.

Factory farms pump the waste into large pits in the ground, which the animal agriculture industry euphemistically calls “lagoons.” When the lagoons get full, factory farms spray the waste onto fields. This archaic system mismanages waste and causes significant environmental harm. Lagoons leak and breach, running into waterways and seeping into groundwater. Likewise, the waste sprayed on fields runs off into waterways and seeps into the groundwater. This water pollution harms animals and humans alike by devastating ecosystems and polluting drinking water resources.

According to ODA, the goal of the General Permit is “to prevent pollution of surface and groundwater through oversight of” factory farms. But the revisions are far too lax to accomplish that goal. Unless ODA takes this opportunity to improve the General Permit and departs from its historically lax approach to regulating factory farms, ODA cannot and will not achieve this goal. Oregon’s increasingly consolidated dairy industry will continue polluting Oregon’s water resources so long as ODA permits it.

Our comments assert that the General Permit fails to incorporate the following:

Finally, our comments assert that the General Permit fails to prevent the harmful impacts of factory farms from disproportionately harming low-wealth and Black, Indigenous, and People of Color communities.

What are comments — and why are they submitted? Before a government agency can change the rules related to how laws are enforced, the agency is required to hold a public comment period. Because ODA wants to revise the General Permit , it issued a draft of the proposed changes and requested comments from the public.

Why is this regulatory change important? Factory farms not only cause billions of animals to suffer in cruel conditions; they’re also major producers of air and water pollution. Currently, ODA is turning a blind eye to the damage and destruction that factory farms cause every single day. Our comments urge ODA to protect the environment, animals, and human residents—especially environmental justice communities, which disproportionately bear the harms caused by the animal agriculture industry. 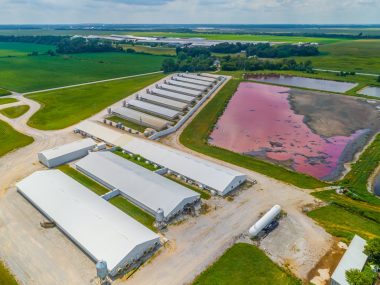 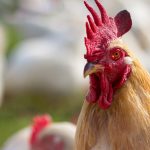 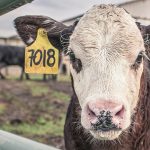